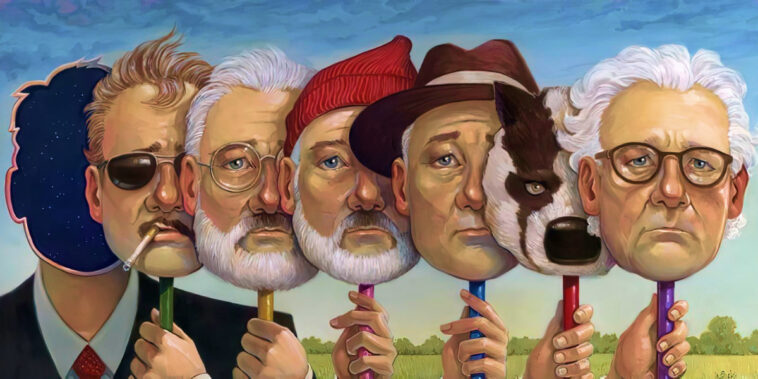 Bill Murray is working on an NFT collection that will share autobiographical details with token holders. Each of the unique 1,000 NFTs in Bill Murray’s collection will feature an image and an anecdote verified by the Caddyshack celebrity.

Bill Murray will certify every story in his upcoming NFT collection, but not every revelation will be brand new. Some of Murray’s anecdotes will come from previous interviews and articles, while others Murray revealed have come while developing his NFT project.

When asked why he chose NFTs to share these personal details, Murray said other mediums weren’t the ideal “storytelling vehicle.” Murray feels NFTs offer a better way to tell his tales than a standard documentary or autobiography.

To help develop his NFT collection, Murray is working with the streaming company The Chive. However, The Chive won’t post Murray’s NFTs on a native marketplace. Instead, when Bill Murray’s NFTs are ready, they will launch on the Coinbase NFT Market.

According to The Chive, the money raised from the first Bill Murray NFT will go to a charity of Murray’s choosing. Speaking of charity, The Chive is well known for supporting Murray’s Caddyshack Charity Golf Tournament. However, there was no mention of whether Murray wants to use these NFT funds for his signature charitable event.

There are no details on when Coinbase NFT will open. As Rarity Sniper recently reported, the latest tweets from Coinbase NFT only say they will open their market “soon.” There’s also no word on the pricing for Bill Murray’s 1,000 NFTs.

Many celebrities have begun experimenting with using NFT technology to share personal details with their fans. Most notably, Paris Hilton released a set of autobiographical NFTs on Origin Protocol. Called “Paris: Past Lives, New Beginnings,” These NFTs featured new videos and narration from Hilton explaining her journey as a public celebrity.

Even President Trump’s former lawyer Michael Cohen shared a personal moment using NFT technology. In late 2021, Cohen auctioned an NFT of himself writing the first page of his book “Disloyal: A Memoir.”

Now that the group LIT DAO proved it could create full-length NFT books and magazines, it may not be long before celebrities publish their autobiographies on the blockchain.