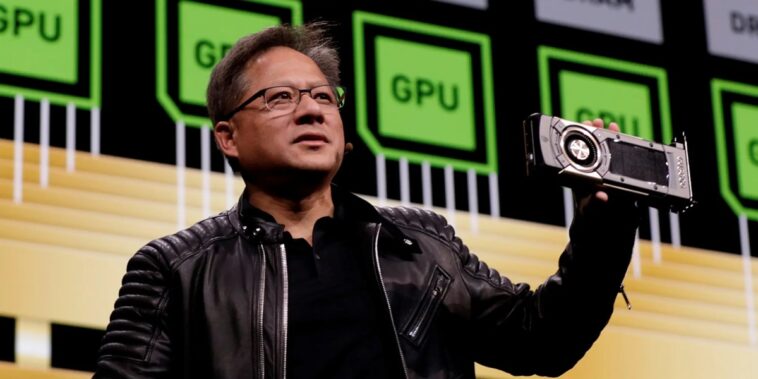 NVIDIA, a multinational tech firm and leader in artificial intelligence (AI) computing, is set to host its annual GTC conference from September 19th to the 22nd of this year. NVIDIA’s GTC will bring together some of the best developers, researchers, engineers, IT professionals, and engineers from around the world to discuss artificial intelligence, the metaverse, and other themes.

The virtual conference will feature the company’s CEO Jensen Huang as the keynote speaker — as well as over 200 tech sessions. The theme of the keynote is “AI and the Omniverse” — which is NVIDIA’s simulation environment for creating metaverses. Out of over 200 talks, more than 25 percent will focus on the metaverse. Other themes include robotics, digital twins, climate science, digital biology, large language models, and natural language processing.

Some highlights from the sessions include discussions on how digital twins can be used to automate factories and safely operate robots alongside humans, using digital twins for brain surgery, and a presentation on how digital artists are using Omniverse to create realistic digital environments that can be manipulated in real-time.

GTC will also offer a range of sessions for data scientists, business executives, designers, developers, researchers, and students. The latter three can sign up for 135 sessions on topics including:

There will also be twenty workshops available in multiple languages and time zones, over twenty-five free training labs available, and NVIDIA Inception is hosting several sessions for startups. The keynote speech from Huang will be live-streamed on September 20th at 8 a.m. Pacific and no registration is required to watch it.

Even in the crypto bear market, the metaverse is continuing to evolve, and educational events like NVIDIA’s GTC are critical to its development. At Rarity Sniper, we’ve written about several metaverse education projects this year. Here are three of the most interesting.

A few months ago, Meta made headlines again by partnering with a French digital training firm to bring Web3 to higher education. Meta and Simplon are planning to open “metaverse academies” in France, where students will be able to train in a number of metaverse disciplines.

Next, the largest public university in Brazil, the University of São Paulo, is building a research facility in the United States of Mars metaverse. Professors will use their virtual land to research different aspects of metaverse technology, such as NFTs, augmented reality, and 3D design.

Most recently, the Aresty Institute of Executive Education at the Wharton School of the University of Pennsylvania is launching an online course titled Business in the Metaverse Economy. In collaboration with Prysm Group, the course is geared toward business and tech professionals that want to learn more about nascent technologies.

More and more we’re seeing companies and academic institutions realize that as the metaverse grows and creates more opportunities, the world will need an educated Web3 workforce. NVIDIA’s GTC is only a weekend-long event, but it will bring together leaders from several industries and should be another step forward for metaverse education.