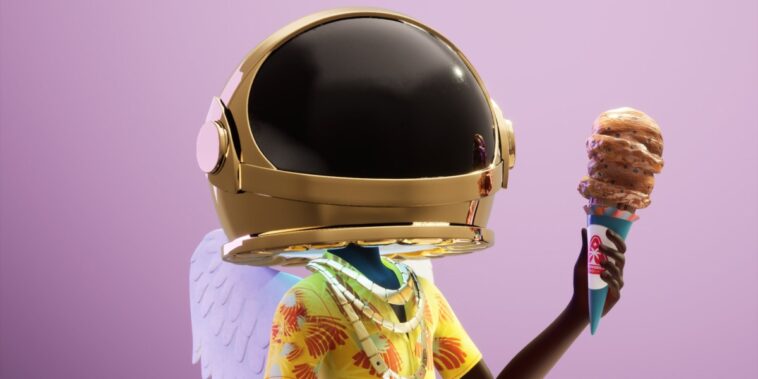 A few days ago, Disney hosted the D23 Expo to celebrate Walt Disney Company and all its stories and worlds. The sold-out event was sponsored by Visa, who brought the character Aku from its Web3 brand ambassador Micah Johnson along for the ride.

While exhibitions from Marvel Studios, Walt Disney Studios, Pixar, and the rest of Disney’s movie and television studios were expected, Aku was the only non-Disney character to make an appearance. The event took place at the Disneyland-adjacent Anaheim Convention Center in California from September 9th to 11th.

Aku is a character pegged as one of the world’s first digital explorers on a mission to prove that no dream is too big. Johnson responded to the news via Twitter, saying that he was incredibly grateful for all the support Visa has given him as an artist.

Earlier in the year, we reported that Visa launched a program to onboard creators into the world of non-fungible tokens (NFTs) and Web3, and that Johnson would be the program’s ambassador. Some of the services Visa will provide to select artists include access to thought leaders, technical and product mentorship, community building, and networking with Visa’s clients and partners. Participants will also be given a stipend at the end of the program to launch their NFT projects.

Once a second basemen for the Atlanta Braves, Johnson retired in 2018 and dedicated his life to creating artwork. Aku is his most popular character and was inspired after the artist overheard a young boy ask the question, “Can astronauts be black?” In August of this year, the character was featured on the cover of TIME Magazine.

Financial Institutions Are Leaning into Web3

The move from Visa to promote its Web3 brand ambassador Micah Johnson’s artwork at the Disneys D32 Expo should come as little surprise to people who follow Web3 news. All year, financial intuitions and payment service companies have been investing in Web3, NFTs, and the metaverse. Here are some of the top stories from Rarity Sniper.

About a month ago, South Korea’s #1 bank KEB Hana Bank announced it was entering the popular metaverse The Sandbox. The bank’s decision to move into Web3 is part of a country-wide effort to expand metaverse business in the banking industry in Korea.

Next, Sumitomo Mitsui, the second largest banking institution in Japan, revealed it was partnering with Web3 company HashPort to bring NFTs and crypto-related services to clients. The bank will be setting up a “token business lab” to conduct experiments and serve as an advocate for crypto and DeFi in Japan.

Lastly, this summer, payment processing giant Mastercard announced it was partnering with seven leading NFT and Web3 platforms, including Mintable, Nifty Gateway, Immutable X, and more. Now customers can use their Mastercard to make purchases from any of the seven Web3 platforms.

It’s likely that the appearance of Johnson’s digital explorer Aku was somewhat of a novelty at the otherwise Disney-dominated event. But one thing is likely: We can expect more Web3 projects and exhibitions from Visa and Johnson in the future. At Rarity Sniper, we’ll be on the lookout for any new stories.