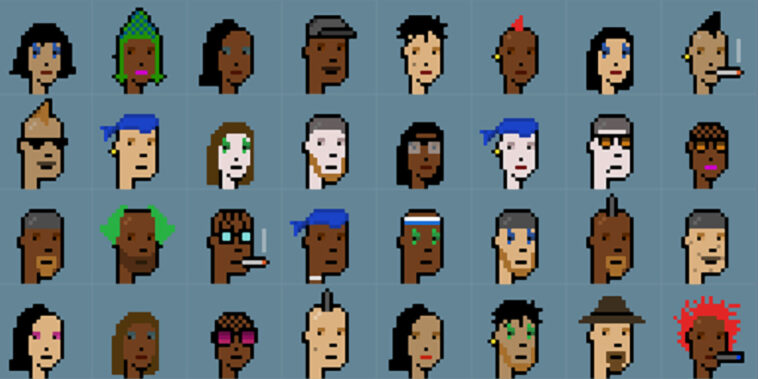 In a little more than a year, non-fungible tokens (NFTs) have gone from niche technology to early adoption, and the world has taken notice. On February 23rd, the world-famous art auction house Sotheby’s will feature an entire night devoted to NFTs and one auction in particular: Punk It!, the single-lot sale of 104 CryptoPunks.

Here’s everything you need to know about it:

While Sotheby’s has held CryptoPunk auctions before, this is the first time the auction house is grouping such a large number of Punks for sale. Though the CryptoPunks have fallen on hard times, it is difficult to imagine this night being a disappointment for fans of the collection, given the records to be set.

CryptoPunks: A Rebel Group of PFP NFTs in the Metaverse

As covered in Rarity Sniper’s feature about the collection, the emblematic CryptoPunks began in New York City with two software developers named Matt Hall and John Watkinson. They wanted to know if “code” could translate into a meaningful feeling of ownership and if that code could have value.

The two developers created the 10,000 NFT CryptoPunks collection with those questions in mind. Drawing inspiration from the London Punk movement and other sources, they set the stage for generative PFP collections for years to come. In the 10,000 piece collection, no two NFTs are alike. Each NFT varies by traits, from skin color to headwear, from accessories to clothing.

Below are some ways that CryptoPunks left a legacy for other NFT collections:

Its stature as the No. 1 PFP collection led to a steep rise in floor prices during 2021, with the ceiling reaching into the millions.

During the summer of 2021, NFTs were catching fire. Bolstered by an impressive spring and pushed along by the initial tailwinds from NBA Top Shot and other Sotheby’s auctions, top collections were popping, and the discourse was reaching a fever pitch. Then came the Floor Sweep of July 30th, 2021.

Then, a little-known wallet from a user that went by “0x650d” swept 104 CryptoPunks off the collection floor in a single Ethereum block. The initial cost to purchase the Punks was $7 million, a relatively small amount compared to the possible resale the night of February 23rd.

Although the Punks were mostly average, NFT degens saw the move as a vote for the collection and NFTs as a whole. And it stood out even during a frenzy of trading taking place across the NFT landscape, including in the Bored Ape Yacht Club and on the newly founded Solana NFT marketplaces.

Now, 0x650d has a chance to make one of the most significant sales of PFP NFT collectibles in history, with the price likely to fall between $20 and $30 million. Not bad for just a few months of HODLing.

The Top Sotheby’s CryptoPunk Sale Ever

Of course, this is not the first time Sotheby’s has auctioned off a CryptoPunk. The largest sale ever for that collection at this fabled auction house is CryptoPunk #7523, and it’s a doozy.

The sale of Punk #7523 is a story about rarity. The Punk is just one of nine Aliens in the collection, and it is also the No. 3 rarest Punk out of the entire 10,000. It has a red beanie, a gold earring dangling from its ear, and a mask around its mouth. This last trait led to media outlets branding this Punk the “Covid Alien.”

The Punk sold for $11.8 million, a record for the Punk collection that would stand until recently. The seller was an OG NFT collector and the buyer none other than Shalom Meckenzie of DraftKings, who was worth a reported $1.6 billion at the time.

Although tonight’s auction is for 104 CryptoPunks rather than a single, it will likely shatter that $11.8 million mark and perhaps even break the recent $24 million CryptoPunk buy from Deepak Thapliyal this past month.

It should be another night to celebrate in the NFT world.