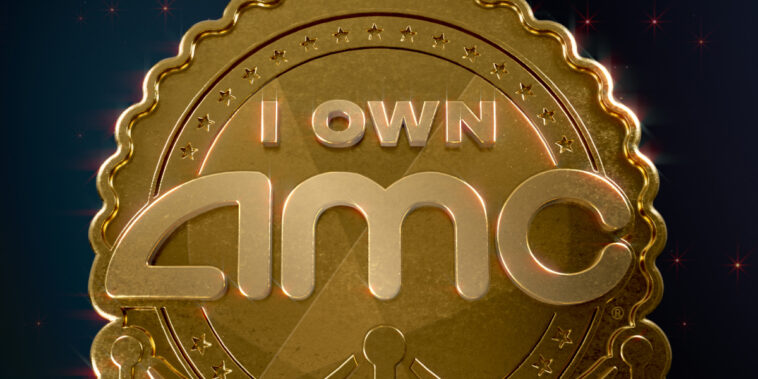 The popular movie theater chain AMC continues to lean into cryptocurrencies, giving out more than 580,000 non-fungible tokens (NFTs) to their shareholders.

Self-identified AMC shareholders (who registered by December 31st) in the free AMC Investor Connect program were the lucky receivers of the NFT drop. The digital coins were created on the Worldwide Asset eXchange (WAX) blockchain and depict an image of a gold medallion with the text “I own AMC.”

The move comes shortly after AMC partnered with Sony Pictures for a successful NFT distribution of 86,000 NFTs to select purchasers of tickets to the movie “Spider-Man: No Way Home” — which saw a record of 1.1 million people attend the premiere.

AMC says the coins will be tradable and provide membership perks, such as discounted ticket prices, loyalty programs, rewards and other benefits. The NFT can be stored in a WAX Cloud wallet and a few other crypto wallets.

AMC Entertainment Inc. is the third-largest theater chain in North America and has theaters around the world. The NFT will be available to U.S. members and members who reside in countries where cryptocurrency is legal.

The two NFT drops by AMC are the first and second NFT drops of a sizeable quantity by any major theatrical exhibitor. It is notable that the NFT was created by WAX, an energy-efficient platform that is the first blockchain to be certified as carbon neutral.

The NFTs are not AMC’s first foray into the cryptocurrency world. Building on the Reddit-led meme stock craze that took Wall Street world by storm, AMC stock rose up nearly 1,000% in 2021. That same year, the company began accepting Bitcoin, Etheruem, Litecoin, Bitcoin Cash and later Dogecoin after listening to fans and investors. Shiba Inu will be added to the list of accepted payments shortly.

The Chairman and CEO of AMC discussed the recent NFT drop and future plans, saying:

“After our first NFT met with enthusiasm earlier this week, there was no doubt we would embark on issuing another NFT and that we would do so quickly. This ‘I Own AMC’ NFT is AMC’s second NFT, and I can say with certainty there will be more NFTs in AMC’s future.”