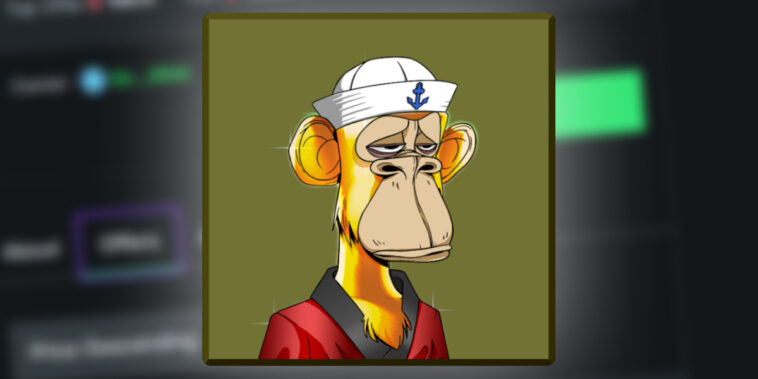 On the evening of Jan. 30th, Bored Ape #232 from the popular NFT collection Bored Ape Yacht Club sold for over $2.8 million in ETH on the NFT marketplace LooksRare.

At a price of 1080.69 ETH, it is the highest recorded price paid in ETH for any Bored Ape to date. However, since ETH has been higher in the past, it is not the most expensive Ape purchased in terms of USD.

Bored Ape #232 has a variety of rare traits that add to its value. It has a “Smoking Jacket” with a rarity ranking of 2.21% (which means only 221 other Apes in the collection have the jacket), and a “Seaman’s Hat,” which appears 420 times. Its rarest trait of all is its “Solid Gold Fur,” which appears 46 times in the entire collection.

The Ape is ranked 324th in rarity out of the 10,000 NFTs, making it one of the rarer Apes in the BAYC and part of the reason it commanded such a high price.

However, perhaps the multimillion price tag for the NFT would be more eyebrow-raising if the BAYC wasn’t in the midst of such a meteoric ride that appears to have no end in sight.

Recently, news has been breaking daily as celebrities like Serena Williams, Justin Bieber, Neymar and Tai Lopez “ape” into the club to join the likes of Eminem, Snoop Dogg, Meek Mill, Travis Barker and others. Even Paris Hilton and Jimmy Fallen showed off their Apes on prime-time TV this past week.

It appears the rare Ape was sold on LooksRare to the CEO of the blockchain company Chain, Deepak Thapliyal, who tweeted a picture of the Ape with the comment, “Say hello to my little friend #BAYC.”