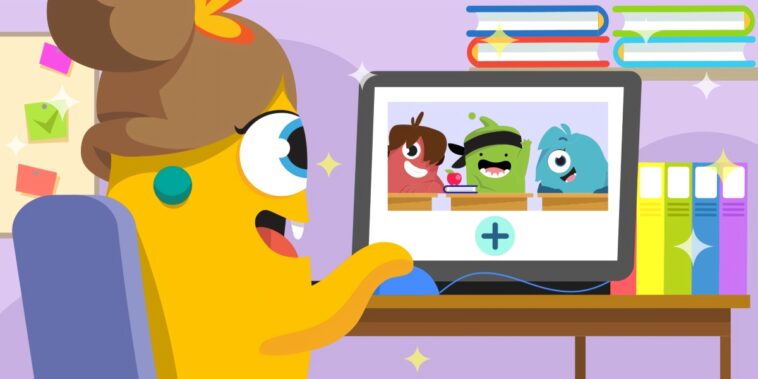 ClassDojo, a company that produces educational tech software, recently raised $125 million as part of a funding round that valued it at over $1 billion. Now, the founders want to use that money to aim for a lofty height: build a metaverse educational platform that parents will trust and bring millions of children into the metaverse.

The virtual education platform, which doesn’t have a name quite yet, would not be focused on education-entertainment like many current platforms. Instead, it would be a place for children to hang out and build soft skills like creativity, collaboration, and teamwork. Creating it would put ClassDojo in the cross-hairs of popular kids’ metaverses like Minecraft and Roblox.

Liam Don, ClassDojo’s president, told Forbes that the company wanted to “expand the creative toolset” that kids have instead of turning the platform into an “edutainment” thing (where you’d do math with robots), which, in his view, has been done a thousand times.

While the company’s platform may be initially less populated than those heavyweight kids’ metaverses mentioned above, it does have a head start in one aspect: a pool of students to draw from initially. ClassDojo plans to make the virtual platform available to at least half of the 51 million kids in active ClassDojo classrooms starting in the fall of 2022.

Even if it does not succeed at the level of the other metaverses, it may bring in revenue for the company, which has struggled to generate revenue since its inception in 2011.

The metaverse, a shared social space built for virtual and augmented reality, has caused quite a stir in late 2021 and into 2022. The cause was Mark Zuckerberg, who changed Facebook’s name to Meta to reflect its Web3 ambitions better. Here are three news stories from the kids’ metaverses this year, all coming from one of the leaders — Roblox.

Two months ago, clothing retailer Gap announced a partnership with Roblox to create a free, virtual experience. The goal for Gap was to target younger demographics such as teens, and to do so, it partnered with young tech platform SuperAwesome to bring the experience to life.

Also two months ago, Gucci opened a permanent metaverse experience in Roblox titled “Gucci Town.” Gucci Town, at its heart, functioned as a shop. When gamers wanted a much-needed break, they could stop by Gucci Town to buy digital accessories for their avatars.

Three months ago, Spotify made news when it opened a virtual island in Roblox. The island functioned as a spot where Roblox users could hang out, create music, and even gain early access to special merchandise from artists.

ClassDojo’s new venture is undoubtedly interesting, and it speaks to the appeal of the metaverse for many tech companies, especially when trying to reach younger audiences.