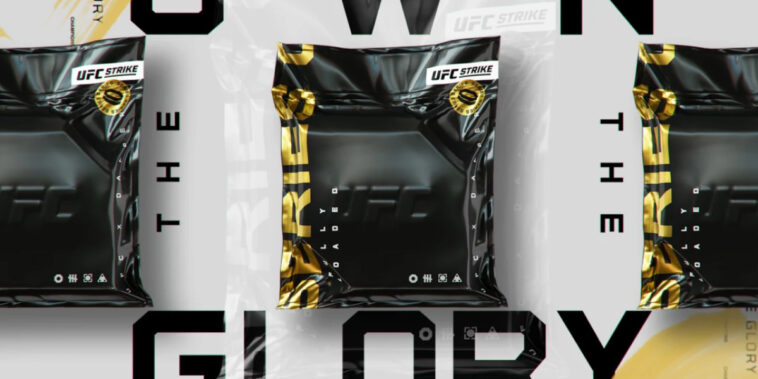 Dapper Labs’ much-anticipated UFC product — UFC Strike —will debut on January 23rd at 2 pm Eastern Time. This first drop will consist of 100,000 Fully Loaded packs, which will contain three moments of “incredible finishes and amazing displays of striking and grappling from UFC fighters,” according to a UFC press release.

“Dapper Labs is an innovator in this field, creating an industry that didn’t exist a few years ago,” said UFC Senior Vice President Tracey Bleczinski.  “Their vision for the potential of these products is the reason UFC chose Dapper Labs as its first NFT partner.”

The moments will feature both male and female fighters, including Francis Ngannou, Amanda Nunes, Kamaru Usman, Rose Namajunas, Derrick Lewis, and Justin ​​Gaethje. And the moments will have a much-needed addition to other Top Shot products: audio from commentators and fan reaction.

This addition of audio represents a departure from Dappers Labs’ other products NBA Top Shot and NFL All Day, wherein the moments are mostly video footage.

The announcement is a welcome to surprise for fans of the UFC, some of whom have been waiting for the release of this collaboration between Dapper Labs and the UFC since it was publicized months ago. It falls on the heels of Dapper Labs’ creation of NFL All Day, which is still in closed beta during this 2021-2022 NFL season.

The release of UFC Strike furthers Dapper Labs’ plans for bringing 1 billion people to the blockchain. Caty Tedman, Head of Partnerships at Dapper Labs, said, “Partnering with UFC…is the next step to bringing even more into experiencing the benefits of decentralization while also delivering a meaningful experience for die-hard UFC fans to collect and own the moments that matter to them.”

While UFC fans will be able to purchase a pack on Sunday and start their collection, it may be a bit of time before Dapper Labs rolls out the UFC Strike peer-to-peer marketplace and other features. After Sunday’s drop, an additional 100,000 Fully Loaded packs will be available during a drop on Monday, January 31st.

As an interesting twist, Bleczinki noted that UFC fighters will receive revenue when they are featured in a moment, although it doesn’t matter whether they are on the winning or losing side of the action in the audio-video clip.