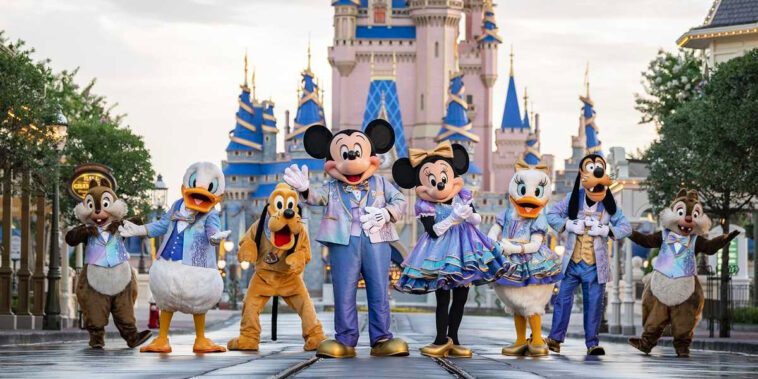 The U.S. Patents Office approved a “virtual-world simulator” patent for Disney in late December, raising questions of whether the entertainment giant will bring the metaverse to theme parks.

While Disney told the LA Times that there are “no current plans” to use the simulator in the near future, the move further showcases Disney’s attempts to layer augmented reality and metaverse elements over real-world experiences.

The new patent could create an even more immersive and personalized storytelling experience for Disney’s customers. The technology, while largely unknown, would not rely on mobile devices or heavy headsets, which can be costly or inconvenient to wear.

In addition, the patent’s language highlights the challenges metaverse equipment currently faces, noting that AR devices will “require burdensome sanitation” procedures during the era of COVID-19.

But while details are skimpy as to what the virtual-world simulator will do, some potential ideas build off what Disney has already done. These ideas include:

An example would be a customer wandering through a theme park while augmented reality draws experiences and Disney characters in front of them. The characters might deliver information, instructions, or hints (like on a scavenger hunt) to the customer.

This patent is not the first time Disney’s metaverse ambitions have reached the public. On a fourth-quarter earnings call in November 2021, CEO Bob Chapek said the firm seeks to blend the physical with the digital:

“Our efforts to date are merely a prologue to a time when we’ll be able to connect the physical and digital worlds even more closely, allowing for storytelling without boundaries in our own Disney metaverse.”

How Disney might use non-fungible tokens within its metaverse is still subject to speculation, but the company is no stranger to the landscape. In the fall of 2021, Disney partnered with NFT collectible marketplace VeVe to create a line of collectibles featuring characters from some of Disney’s most popular series.

The collectible release was marketed along with Disney+ Day, showing how the entertainment company might use new technology to cross-promote its different lines of products and services.