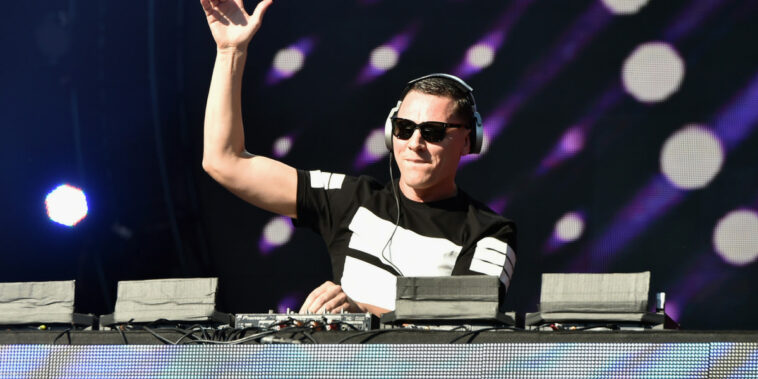 Ahead of the 2022 EDC Las Vegas festival, the DJ Tiësto announced he would drop a VIP NFT for his upcoming “Eagle” collection. Called “All Access Eagle,” this NFT will give collectors the best chance to mint NFTs from Tiësto’s genesis NFT drop.

The award-winning DJ tweeted news about his “All Access Eagle” NFT on May 20th with a link to the LGND Marketplace. Tiësto also told his followers this was just the “first phase” in creating his “digital universe.”

Tiësto’s new NFT features a glowing golden eagle with his name and the words “Access All Areas” on the bottom. Tiësto currently has a similar eagle image on his Twitter header.

In the description tab, Tiësto says people who buy an “All Access Eagle” NFT will get the first shot at collecting his soon-to-be-released “Eagle” NFTs. As another perk, NFT holders will get to hear the unreleased audio track “Repeat It.”

People who visited this year’s EDC Las Vegas had the opportunity to view and buy the “All Access Eagle” NFT in a digital art gallery. However, anyone could still buy this NFT on the site LGND.art until May 27th.

In a recent interview, Tiësto said he was an early adopter of cryptocurrency and a big believer in the future of NFTs. He also said he worked on the “Eagle” NFT project for about one year.

The “All Access Eagle” NFT is an Ethereum-based token, and it costs 0.05 ETH to mint. The LGND Marketplace accepts both crypto and credit cards.

From Steve Aoki and Kaskade to Dillon Francis and Diplo, DJs have been some of the most passionate NFT collectors and creators. Therefore, it’s not a huge surprise that the 2022 EDC Las Vegas was filled with new NFTs from prominent musicians.

Besides Tiësto, some musicians that created exclusive NFTs to coincide with 2022’s EDC Las Vegas include the following:

Music fans can still find all of the NFTs associated with the above artists on the LGND Marketplace till May 27th. Like Tiësto’s NFT, some of these tokens have unique features like unreleased tracks or VIP access to future drops.

NFT fans can still purchase an EDC edition of Moonbird #6971, Clone X #9330, and Azuki #9759. There are also special EDC renditions on NFT projects like SOL Flowers, Nyan Heroes, and Dippies.

With all of these significant NFT partnerships, it’s safe to say electronic music fans have a passion for digital collectibles.