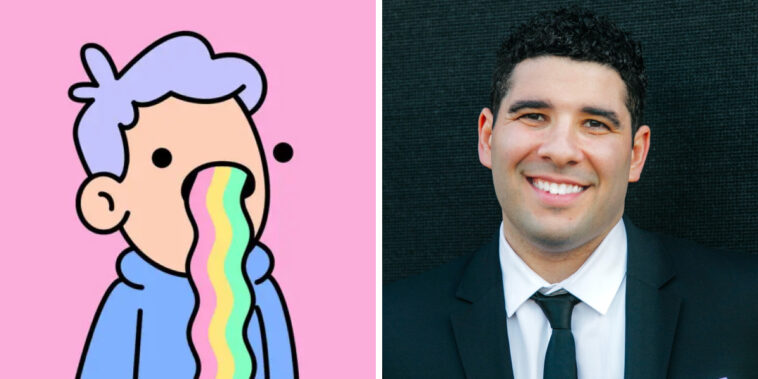 Billboard’s former president Julian Holguin just agreed to join the Doodles NFT project. According to a recent press release, Holguin will now serve as the CEO of the 10K NFT collection as it explores new media ventures, collaborations, and merchandise opportunities.

Although Holguin is best known for his career at the head of Billboard, he has held many high-profile positions at big-name media brands. Throughout his 14 years in executive roles, Holguin has worked for companies as large as NBC Universal and Dick Clark Productions.

Holguin believes this partnership will be the next big step in introducing these pastel-colored NFTs to a broader audience. On Doodles’ Twitter feed, the team said Holguin will help bring the Doodles into “music, gaming, and entertainment.”

In their Twitter announcement, Doodles also hinted there will be many big reveals in the upcoming weeks. In addition to “transformative partnerships,” Doodles says it will “drop” a “mysterious device” on May 12th.

Fans of the Doodles project should expect to see an updated roadmap in the next few weeks.

These exciting developments have sent the Doodles’ floor price to new all-time highs. The floor price for one Doodle NFT on OpenSea is now 21.77 ETH (or about $58,000).

First dropped in 2021 for a mint price of 0.123 ETH, Doodles is undeniably one of the most successful pfp NFT collections. Even before Julian Holguin joined the Doodles team, this NFT project managed to attract the attention of celebrities and companies.

Just a few prominent names in the Doodles community include Justin Bieber, Steve Aoki, and Snoop Dogg. Even the e-commerce site Shopify bought Doodle #6902 and used it as its Twitter profile pic. Shopify also gave away Doodle #5625 to one lucky Twitter follower.

Doodles is one of the few elite NFT projects to sell a single token for over $1 million. In early 2022, the prolific NFT collector Pransky spent 296.69 ETH (or $1.1 million) on the ultra-exclusive Doodle #6914. According to Rarity Sniper’s analysis, the “gold ape” Doodle #6914 ranks in 12th place out of the 10K collection.

The Doodles IP has also been creeping into IRL products like paint. Indeed, Behr now offers three colors (Upbeat, Lavender Sky, and Periwinkle) inspired by the Doodles’ designs. Attendees at this year’s SXSW Festival got the chance to test these new Behr colors.

Harvey Nichols also selected the Doodles to be a part of its exclusive NFT store in Hong Kong. Called “HN NFT Vault,” this physical store only sells blue-chip NFTs like Doodles, the Bored Ape Yacht Club, and CryptoPunks.

With Julian Holguin at the helm, the Doodles will likely dominate the NFT headlines in 2022.