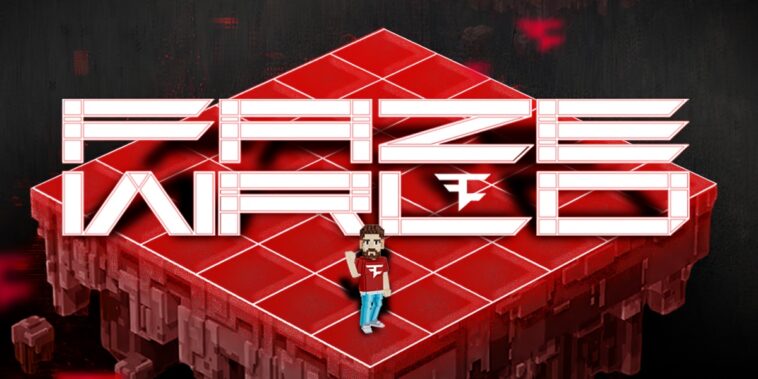 FaZe Holdings Inc., better known as “Faze Clan” (one of the world’s largest esports and entertainment organizations), just announced its partnership with the popular decentralized metaverse The Sandbox. The move marks FaZe Clan’s official entry into Web3 and the metaverse.

The partnership is being built around “Faze World,” a virtual space in The Sandbox that will consist of 12 x 12 plots of digital LAND. The NFT land plots were developed by FaZe Clan to project its brand into the metaverse and according to the report, FaZe Clan and The Sandbox will co-produce metaverse experiences, virtual events, games, digital infrastructure, and digital products to be released in the virtual world.

The CEO of FaZe Clan Lee Trink said the partnership is a great way to “build bridges and lead the gaming community at large into the metaverse.” The partnership will also enable FaZe Clan to gamify its brand on the blockchain and sell virtual land plots and NFTs, opening new revenue streams and connecting the Los Angeles-based professional esports platform with a Web3 audience.

The Sandbox is a virtual gaming and social metaverse built on the Ethereum blockchain. Since the NFT craze in 2021, the metaverse has only risen in popularity. FaZe Clan is one of the largest global gaming and lifestyle organizations and has the industry’s leading content creators and esports teams.

Although no specific dates have been set, the sale of virtual LAND plots in FaZe World are expected to be available to the public later this year, and the first immersive experiences from FaZe World in The Sandbox are scheduled for 2023.

The Sandbox Continues to Build in Web3

If you’ve been reading Web3 news, it should come as no surprise that another major company would partner with The Sandbox to bring its brand into the popular immersive digital world. All year we’ve been reporting on companies, brands, celebrities, and other entities investing in The Sandbox.

Here are some of the headlines about The Sandbox from the last two months:

The Sandbox and other decentralized gaming and social metaverses like Decentraland use NFTs, blockchain technology, and other Web3 technologies to open new avenues for businesses and creators to connect with fans. And from all the headlines, it’s clear that many people are betting on the The Sandbox and taking advantage of the bear market to build.

The move from FaZe Clan to partner with The Sandbox could take some time to develop. But for two companies who share youthful users and fans interested in gaming, lifestyle, and digital experiences, it looks like a good match.