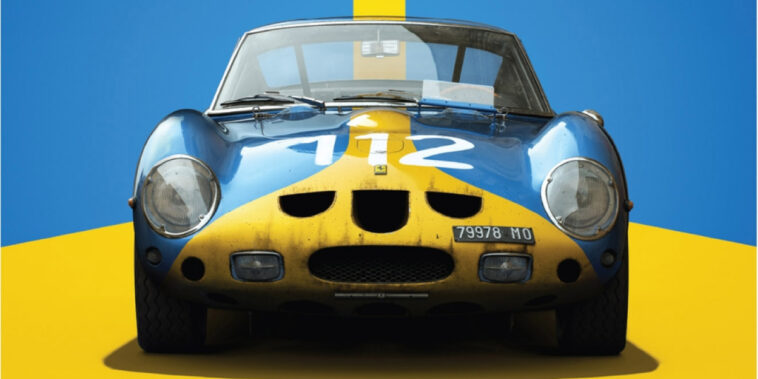 In an earnings call to outline Q4 2021 financial results, Ferrari CEO Benedetto Vigna said that non-fungible tokens and Web 3.0 deserve attention and could “be interesting to us,” according to sources.

He noted that non-fungible tokens (NFTs) could create attractive branding opportunities for the car manufacturer. Because other luxury car manufacturers have jumped into the industry already, Ferrari will have to catch up.

Ferrari could integrate the blockchain, Web 3.0, and other emerging technologies into its brand, and they would play a role in the luxury manufacturer’s marketing. Vigna was responding to a question about what investors could expect for the company’s future.

Ferrari May Feel Pressure from Competitors

Ferrari could be reacting to pressure from competitors, as Lamborghini has already woven its way into crypto and NFT language in a way the Italian car manufacturer has not, as evidenced by phrases like “Wen Lambo?” or “Lambo or food stamps.”

Lamborghini also has plans to release a space-themed collection of non-fungible tokens, and another major player in the car racing world, Red Bull, has dipped its toes into NFTs.

The Italian Car Manufacturer Will Release NFTs in March

Although the earnings call serves as an update, it is not necessarily new news. In December of 2021, Ferrari partnered with Swiss technology company Velas Network to make the company the primary sponsor for Ferrari’s Esports racing team. Velas Network is known for its contributions to Web 3.0, including creating a fast and carbon-neutral blockchain.

The two companies are collaborating to release Ferrari’s first NFTs in March, around the time the Formula One season kicks off. There have been no other details about the drop released yet, though it’ll likely be highly anticipated given the stature of Ferrari and the tantalizing possibilities of what the Ferrari lab will cook up.

There’s no word on whether users will need a specific Ferrari wallet to access the drop as well.

During the partnership announcement, Ferrari noted that Velas’s blockchain was carbon neutral and that the NFT drop would not have any adverse effects on the environment, which is a common talking point among critics of the nascent NFT industry.

Velas Network also touted this feature of their blockchain, and other companies, like AMC, have emphasized the minimal environmental damage of their drops. These declarations perhaps underscore that the debate surrounding non-fungible tokens is growing in complexity, and more education about NFTs is emerging.