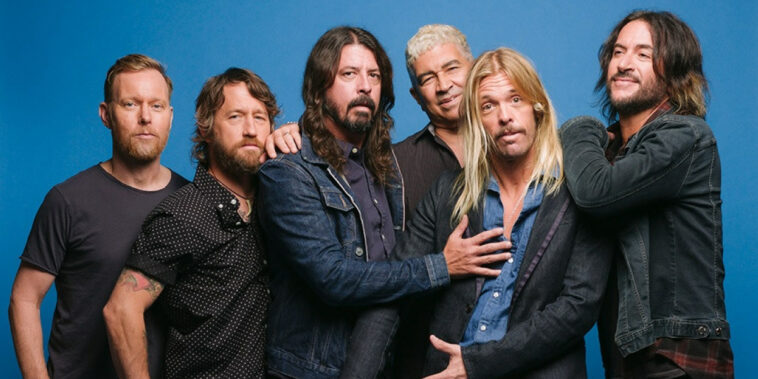 While the Super Bowl has many musical performances this year, the one taking place at Horizon Venues is a little different. There, the Foo Fighters will perform a completely virtual reality set just after the Big Game concludes.

Meta, the parent company of Facebook, will host the VR show. It aims to bring a mix of virtual reality and augmented reality (combined to create the acronym XR) to deliver a unique experience to concert-goers, for many of whom this will be their first XR show.

Foo Fighters founder and lead singer Dave Grohl said that a VR show is a bucket list entry for the band and that the format posed a challenge that the band, while well-toured and world-famous, hadn’t faced yet.

The band has partnered with video director Mark Romanek for the show. The goal of the video crew is to provide an immersive experience complete with XR effects, sophisticated lighting techniques, and custom stage design. There will be multiple 180-degree cameras positioned around the stage so that users will have “the best view in the house.”

The show will also be available on Facebook Watch, accessible through the Foo Fighters Facebook page, in 2D for those that don’t have an Oculus headset or another method for viewing the performance virtually.

The Foo Fighters certainly won’t be the first to try a virtual reality or metaverse concert. They’ve been growing in popularity throughout the past couple of years, in part because people are still leery of large gatherings due to the coronavirus pandemic.

Fortnite, a popular gaming platform, has hosted multiple virtual concerts, including one by Ariana Grande and another by Travis Scott. The Travis Scott concert was widely hailed as a spectacle, with clips shared throughout social media networks.

Virtual concerts pose an exciting opportunity for performers, as they can achieve feats that wouldn’t be possible in person. For instance, in the Travis Scott concert, Fortnite rendered him a giant and had countless special effects accompanying the songs, all of which engaged the viewer.

For concert-goers, the experience of a virtual concert may fall short of an actual in-person show, but there are perks: the ability to dress in whatever manner you like, to be able to perform physical feats (like flying) that are not possible off-chain, and the avoidance of any contagious disease that could spread quickly in events where people are packed in close together.

Over time, as the technology evolves, virtual concerts will likely become more realistic to the point that some may prefer them over in-person events.