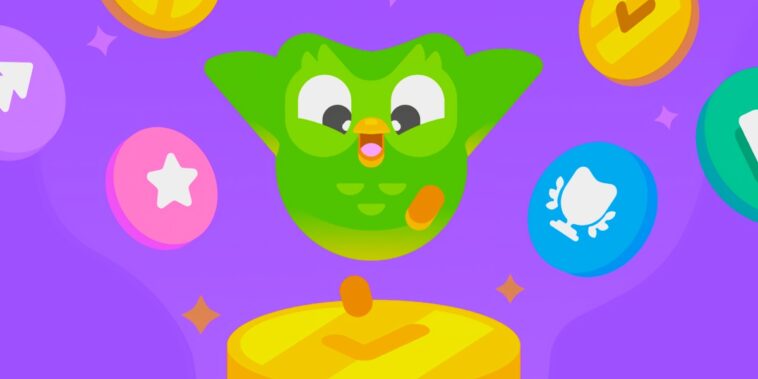 Duolingo, the popular language-learning app and American educational technology business, is entering the metaverse in a big way with the launch of the first-of-its-kind activation in Roblox that empowers developers and reminds users to do their lessons.

The move means Duolingo and its emblematic logo the Duo Owl will now have a presence in both Decentraland and Roblox, both hugely popular decentralized metaverses.

The project came about after the company noticed users in Roblox, a user-created gaming metaverse, were creating unofficial Duolingo apps. To reward these superfans, Duolingo launched a game jam that allowed developers to submit their games to be featured in Duolingo’s virtual space. Afterward, the Duolingo team reviewed the submissions and launched over twenty games now available on the Duolingo Game Hub metaverse in Roblox.

The play-to-earn games let users earn coins in Duo UGC, the native Duolingo cryptocurrency. These coins can be used to buy Duolingo-branded merchandise.

In another nod to fans, users will earn twice as much playing games that were developed by the community than by Duolingo. The idea is to incentivize users to try out other user-created content, meshing with the spirit of decentralization.

James Kuczynski, Duolingo’s Creative Director of Brand & Marketing, said the company wanted to create an experience in Roblox that gave their fans the “power” to create.

Decentraland and Roblox are Top Metaverses

As the race towards the metaverse marches on and competition stiffens, Decentraland and Roblox are maintaining their momentum nicely. Although Duolingo appears to be the first language app to enter these metaverses, it is far from the only company setting up experiences and expanding its brand in these popular digital spaces.

At Rarity Sniper, we’ve covered several investments from major companies and brands in both metaverses in recent months. A few headlines related to Roblox include:

As companies like Meta also push to evolve their vision of the metaverse, it will be interesting to see the battle between decentralized and centralized metaverses play out, and how many metaverses can ultimately exist and thrive.

The project from Duolingo shows that for now at least, the company is betting on decentralized metaverses and a community-oriented approach. One thing is certain, the metaverse should let Duolingo improve its educational and language-learning programs by making them more immersive, innovative, and engaging.