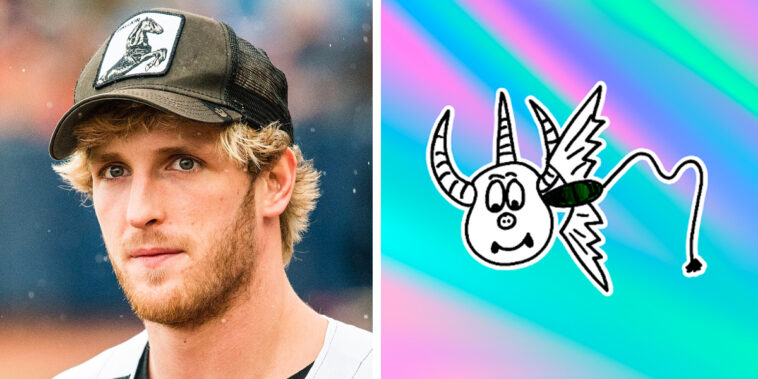 Social media influencer-turned-boxer Logan Paul added to his impressive NFT collection Tuesday with his purchase of a Thoughtful Three Horned Harpik VeeFriend #9133 for 90 ETH (around $290,000). Paul, known for his enthusiasm for NFTs, tweeted the buy Tuesday afternoon:

Just dropped 90 Eth ($290k) on this 1/1 holographic @VeeFriends because I believe in @GaryVee as a true innovator and visionary in the NFT space!! pic.twitter.com/B0P0NYihEZ

Logan Paul is not shy about his passion for NFTs and collectibles. According to the print-out of his “NFT Journey Since 2021” from the fabled $SOS airdrop late in December, Paul bought 139 NFTs in 2021 for a total of $2.65 million.

The collection he first bought from, according to the print-out, is the Gary Vaynerchuk-endorsed World of Women. Paul recently benefited from his play into this blue-chip collection, selling one of the rare “Night Goddesses” for a $535,000 profit to The Sandbox Game.

The VeeFriends investment marks another blue-chip parlay for Paul. Gary Vaynerchuk is a well-known influencer in the NFT world, intent, in his word, to bring value to VeeFriends holders for decades to come. The VeeFriends collection, while slow to catch the imagination of NFT degens at first, currently sits at a 13.15 ETH floor ($44,507) and has had 37,100 ETH traded ($126 million).

According to the VeeFriends’ website, 235 Hologram VeeFriends are available and just 40 Thoughtful Three Horned Harpiks, making Paul’s new NFT super rare. Although the NFT does not denote any special privileges other than free VeeCon admission, the value of Paul’s NFT could rise if the popularity of the collection continues to grow.

Paul’s enthusiasm for NFTs is not limited to collecting. The YouTuber released his NFT collection in February of 2021, featuring an anime illustration of him holding up two trading cards. The NFTs were listed at a 1 ETH sale price and involved a competition where a holder of one of the NFTs would receive a box of Pokemon cards valued at $40,000 and a trip to Los Angeles for a Pokemon card unboxing stream.