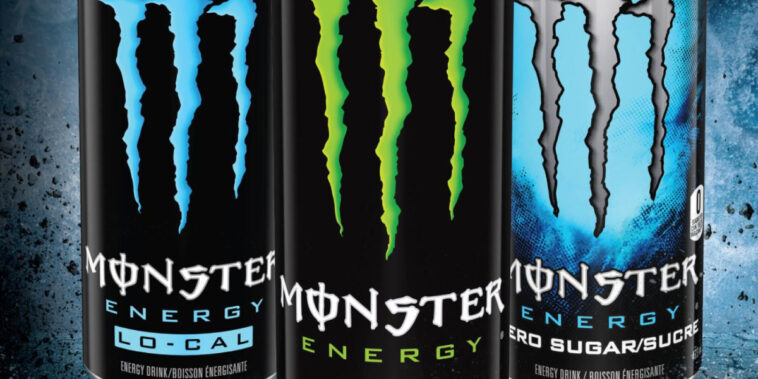 Each of Monster Energy’s proposed trademarks has to do with some aspect of trading or storing virtual collectibles. For instance, Monster Energy’s first patent deals with downloadable digital items “authenticated by NFTs.” In addition to digital food, clothing, and drinks, these NFTs may include entertainment experiences like games or music.

The second patent suggests Monster Energy is interested in establishing its own NFT marketplace in the metaverse. Under this USPTO filing, Monster Energy wants to create an online shop where buyers and sellers can trade digital collectibles.

According to the USPTO, Monster Energy filed these patents on February 18, 2022. It usually takes over seven months for the USPTO to review and approve new applications.

Monster Energy Joins Dozens Of Brands In The Metaverse

Monster Energy is far from the only company interested in NFTs and the metaverse. In fact, some of Monster Energy’s rivals have already started making waves in this industry.

Anheuser-Busch’s Budweiser has also entered the NFT game in a big way. In November of 2021, Budweiser’s “Heritage Collection” NFTs sold out in a matter of minutes. Famously, the American beer manufacturer purchased a Budweiser Tom Sachs rocketship NFT on OpenSea for $25,000 and the domain name “beer.eth” for $95,000.

Outside the beverage industry, brands as big as McDonald’s, Walmart, and Meta (aka Facebook) have filed official patents for NFTs or the metaverse. As Rarity Sniper recently reported, the New York Stock Exchange appears to be interested in creating a virtual NFT marketplace.

Interestingly, some lawyers have begun using NFTs as patents. According to Bloomberg Law, with the innovation of NFT technology, traditional patent offices may become obsolete in the not-so-distant future.

According to recent statistics, the USPTO received 1,263 official NFT-related patents in 2021. By contrast, there were only three NFT trademark applications in 2020.