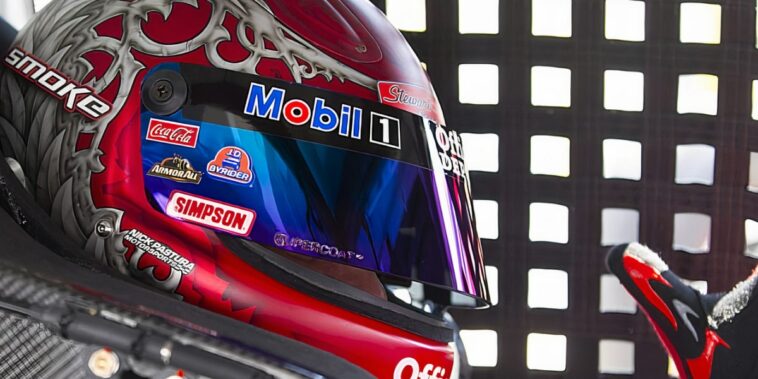 Anyone going to the 2022 Daytona 500 could get a free NASCAR NFT with their entry ticket.

According to WAX Blockchain’s Twitter feed, NASCAR is using WAX’s NFT platform to give out official Daytona 500 Digital Collectibles. This is the first time NASCAR released a free NFT alongside a race-day ticket.

There will be 500 ticket-themed NFTs up for grabs in NASCAR’s giveaway. NASCAR says there will be five different versions of these commemorative NFTs, each of which has 100 editions.

NASCAR also said it will give away ultra-rare NASCAR helmet NFTs to five Daytona 500 guests. These helmet NFTs will have signatures from drivers in the 2022 Daytona 500. To get an exclusive helmet NFT, fans must win one of the initial 500 NASCAR Digital Collectibles.

In a press release from February 16, 2022, NASCAR executives explained how the rise of digital technology is changing sports memorabilia. In particular, NASCAR noted how younger fans feel the same sense of “ownership” with a digital collectible as older fans felt with physical trading cards.

The racing company also mentioned how other big-name sports organizations have dabbled with ticketed NFT giveaways. In particular, NASCAR pointed out how the NFL gave out digital tickets to spectators at Super Bowl LVI. Plus, as Rarity Sniper reported, The LA Times launched a hugely successful Rams NFT sale shortly after this year’s Super Bowl.

Some reporters speculate NASCAR may be using its NFTs to boost attendance with younger fans. Between 2006 and 2016, the average age of NASCAR viewers went from 49 to 58. Recent stats also suggest about 40 percent of NASCAR fans have at least one child under 18.

After mentioning the changing nature of sports collectibles, NASCAR revealed why it chose to use WAX Blockchain for its first NFT giveaway. According to NASCAR executives, WAX makes it easy for fans to access NFTs, plus it has a solid eco-friendly reputation.

NASCAR also assured fans who missed the Daytona 500 drop that there will be more NFT opportunities. Anyone interested in official NASCAR NFTs should follow the company’s main website or social media feeds.