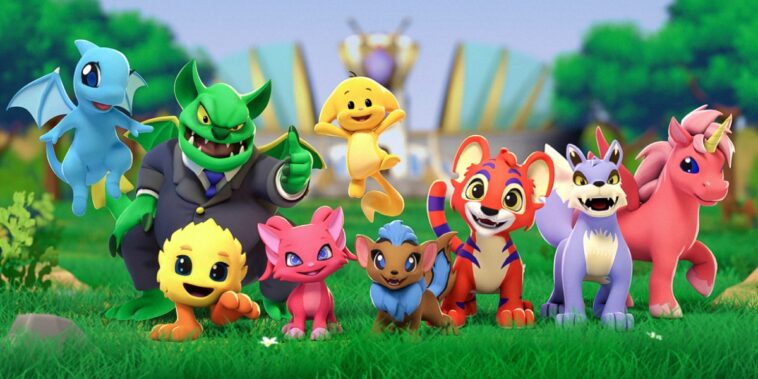 Neopets, a classic game that debuted in 1999, completed a $4 million funding round, the company announced via press release on January 19th. Polygon Ventures led the round, which also saw participation from Blizzard Avalanche, Ecosystem Fund, IDG Capital, Hashkey Capital, and NetDragon Websoft.

According to the press release, Neopets plans to use its metaverse to create a play-to-earn game where players can raise “monetize their experiences on the blockchain.” It is the company’s latest move to bring the game into the modern world, over 20 years after it “captured the hearts” and created memories for gamers of the 1990s.

Neopets will allow players to own their “neopets” through non-fungible tokens. Play-to-earn games often employ NFTs to give players ownership of digital assets, creating the opportunity for users to sell their assets on the open market. Another creature game, Axie Infinity, currently sits atop the list of P2E games, a genre that has gained attention due to its addictive nature.

Dominic, Neopets’ Meta Chief Metaverse Officer, said the company is thrilled to have “garnered such strong support” from its investors. He added that the funding will allow the company to provide an immersive and inclusive experience for the Neopets’ community. “Immersive” is a buzzword within the metaverse field, where different technologies strive to make virtual worlds feel real.

Neopets metaverse will include mini-games, PVP battles, the raising of neopets, and different customization features. The company recently debuted its winter product, “The Alpha: Winter Edition,” which runs until January 31, 2023.

Although the crypto winter has seen a decline in trading, that hasn’t stopped Web3 companies from raising money. In 2022 and into 2023, we have covered countless stories of fundraises in the Web3 industry. Here are three.

First, last week, Neowiz raised $12 million to launch on the Polygon blockchain. The private funding round will give the company money to expand its Web3 gaming platform Intella X. Animoca Brands, Polygon Ventures, and Magic Eden are just three of the names that participated in the round.

Next, also last week, Web3 fashion company Syky announced a raise of $9.5 million in a Series A funding round. In addition, Syky will launch its first NFT collection in late January, looking to build a community around its platform.

Lastly, two weeks ago, Worlds Enterprises Inc. raised $21 million in a Series A1 funding round. The company will use the funds to promote its products and expand the adoption of its technology.