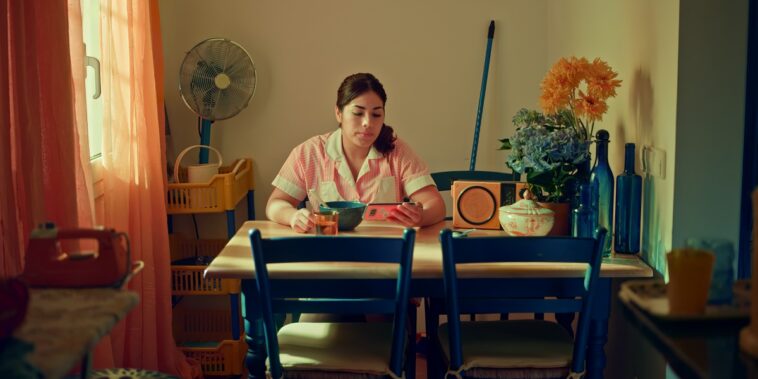 “Calladita,” a new film by director Miguel Faus, was named the winner of the Andrews/Bernard Award at the Film3 on the Mountain conference held in Park City, Utah on January 21st.

The award was established by renowned director Steven Soderbergh and Decentralized Pictures, a blockchain-based platform that sponsored the event with Decrypt Studios and that seeks to empower independent filmmakers, directors, and creators through Web3 technology.

At the end of the conference, the award was given to noteworthy shorts and films by up to three filmmakers. And the good news for them is it wasn’t just a trophy — but a generous $100,000 in finishing funds.

Faus said he believed Film3 was the future of independent cinema, and that the prestigious award was a dream come true for his team and community. Unlike traditional films, Calladita was financed by selling non-fungible tokens to fans who wished to support the project.

The full-length film tells the story of Ana, a member of the Catalan high bourgeoisie, and is a mix of satire and realism that moves aware from “easy clichés and caricatures.” And thanks to “500 degens who believed in us and minted our NFTs, we got to make the movie,” Faus said.

Decentralized Pictures was launched in the summer of 2021 by Mike Musante and Roman Coppola and Matchett. In April 2022, Soderbergh funded the $3,00,000 grant to see if blockchain financing works. For Faus and the Calladita team, it certainly looks like it is.

Web3 is Infiltrating the Film Industry

NFTs are infiltrating a myriad of sectors and industries, and film and TV is no different. In fact, just over the past month, we’ve written several articles about the film industry embracing Web3. Here are the three most recent stories.

Next, the Tribeca Film Festival sold VIP passes as NFTs. The NFT tickets gave holders access to rooftop parties with the festival’s founders and other experiences. The tickets were sold on the festival’s website and on the OKX marketplace, which was the main sponsor of the festival this year.

Funding films has always been difficult since movies can be so expensive to produce. Now, Web3 platforms and studios are finding new and creative ways to raise funds. We think this is a trend that will only continue and expand. But for now, hats off to Calladita and its team.