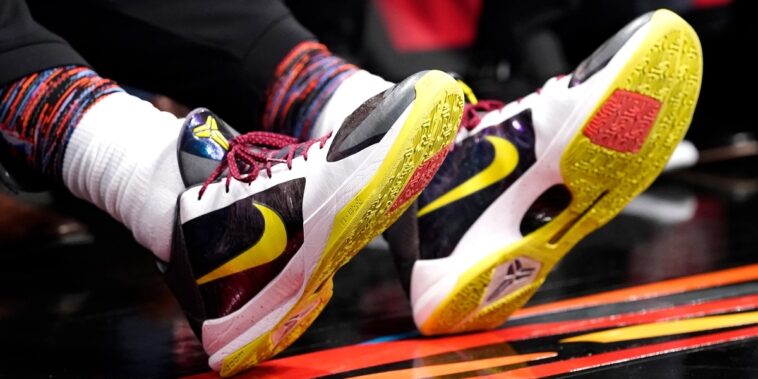 The project was designed by Nike Virtual Studios led by VP Ron Faris, the former head of Nike’s Snkrs app. It officially launches Friday, November 18th, and people can register through an access code that will be given away at live events around the U.S.

Dot Swoosh will serve as the home for Nike’s virtual creations, allowing users to buy, sell, trade, and display phygital and virtual products, and providing access to events and product releases. Nike is rolling out the platform patiently. The first digital collection won’t be released until January 2023.

With the launch of Dot Swoosh, Nike hopes to broaden its reach in Web3 and educate and onboard customers who are new to technologies like NFTs, blockchain, and crypto. To tap into some of these potential customers, Nike Virtual Studios will be hosting events in six U.S. cities — Los Angeles, Atlanta, Charlotte, Louisville, New York, and Tallahassee.

Faris said that Nike would take its time before launching any products, and noted that Nike doesn’t view virtual products as the “end of the purchase journey,” but rather the beginning, since digital products can be linked to real-life experiences and perks.

Faris also mentioned that Nike will focus on co-creation by letting fans contribute to design elements and potentially selling their own co-created products and earning royalties on digital goods. And users can create their own destination under the Nike domain (name.nike) to show and sell their own virtual goods.

All year we’ve seen fashion and footwear brands investing in nascent technologies like NFTs and the metaverse. But despite the stiff competition, Nike has emerged on top as the top brand in Web3.

In August, we reported that Nike had generated a whopping $185 million in revenue from NFT tales, dwarfing numbers from competitors like Adidas, Gucci, and PUMA. Much of Nike’s success came from acquiring the NFT startup RTFKT and successfully blending virtual products and experiences with its established branding rights.

Here’s a look at some of the top headlines from Nike in Web3 this year:

Despite the turbulence in the crypto and NFT markets, Nike has established itself as the fashion brand to beat in Web3. Its latest move to launch its own Web3 platform and ecosystem in Dot Swoosh shows the brand is becoming more self-sufficient in Web3 and is ready to expand its reach to millions of customers around the world.

We’ll be looking out for more news from Nike and Dot Swoosh in the weeks and months ahead.