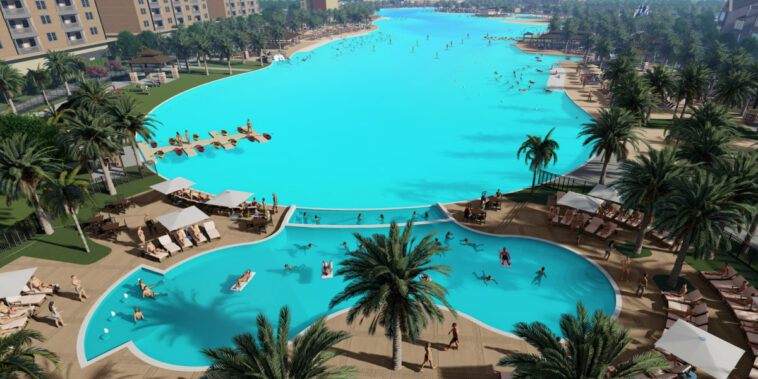 Interested customers could find Lago Mar’s OpenSea page under the name “Lagoon Houston NFT.” Currently, the park offers four NFT season passes, each of which features a different video of people enjoying Texas’s largest lagoon. The activity highlighted in each NFT corresponds to a bonus perk NFT holders will enjoy.

For instance, the “Kayaking NFT” grants holders special kayaking privileges on Lago Mar. The three other NFTs give access to aquastrike, sailing, or paddleboarding.

However, no matter which NFT a person buys, they will enjoy unlimited access to Lago Mar Crystal Lagoon until December 2022. A few of the many benefits included with this NFT season ticket include:

Although the Lago Mar Crystal Lagoon is a relatively new development, it has become a staple summer destination for many Houstonians. According to Lago Mar’s OpenSea page, about 80,000 people bought day passes to visit the lagoon in 2021. In addition to its standard recreational activities, Lago Mar is well-known for hosting the annual Lagoonfest Texas.

Companies are Tinkering with NFT Ticketing

Most mainstream reports on NFTs focus on NFT art projects or profile pics, but many companies are interested in practical applications like virtual season passes. Indeed, a recent PwC report suggested NFT season passes could add a significant revenue stream to the pro sports market. There are also many entertainment venues and conferences that are experimenting with NFT tickets.

There are also rumors that theme parks as large as Disney are developing NFT tickets. In fact, Lago Mar’s CEO Uri Man explicitly mentioned “Disney World” when discussing how many American attractions now want to “offer NFT entry and experiences.”

As Rarity Sniper reported, Disney has been searching for a Web3 expert, and the company’s former CEO Bob Iger is a partner with the avatar-building company Genies. As NFT tickets become more accepted, perhaps guests could use their NFT wallets to visit Walt Disney World.