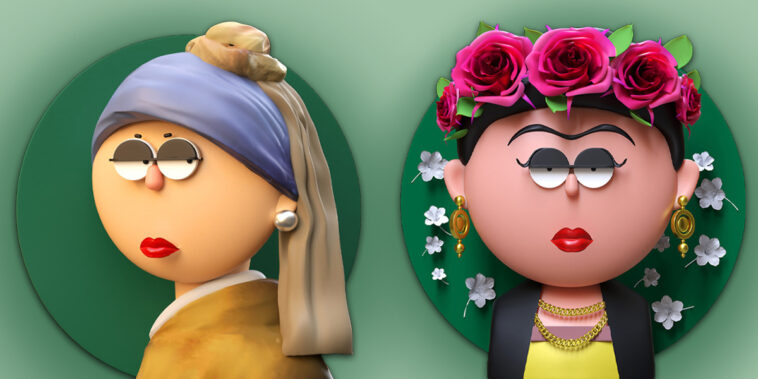 Quantus Gallery, Europe’s first non-fungible token (NFT) advisory, is preparing to open its doors in London with an exhibition of NFT artwork. The opening is a culmination of an effort that started in 2021 and could raise the profile of digital artwork in one of the reputed best art cities in the world.

The Gallery writes on its website that it “works closely” with digital and traditional artists and will create a “hybrid” gallery that speaks to the preferences of those who want to collect either physical or digital art. The only NFT collection known to be featured is “Crypto Stars” by Pierre Benjamin, a collection of 333 cartoon images of famous people throughout history.

John Sandhu, one of the founders of the Quantus Gallery, said the company also functions to guide investors in selecting digital art. In his own words, education for traditional investors is crucial because up to 95% of NFT projects will ultimately fail.

Sandhu has experience within the field, having been an early investor in cryptocurrency and an early adopter of non-fungible tokens, even before the big wave of 2021. Ryan Marsh, a former city wealth manager, and James Ryan are the other two co-founders of the Gallery.

IRL Galleries of NFT Art Are Growing in Number

While off-chain galleries that display digital art are a little unusual, their number is growing. In January of 2021, a non-fungible token art museum opened in Seattle, Washington. It initially displayed some of the most historic NFT collections — CryptoPunks, CryptoKitties, and Quantum.

The goal for the museum founders was one part showcase and one part education. While the founders wanted to share the art itself, the different artistic styles, rarities, and so forth, they also wanted to educate the public about the history of NFTs.

The Seattle museum’s founders also wanted to showcase digital artists and give them a level of exposure that sometimes goes without in the digital sphere. While there are some metaverse galleries that display digital art, exposure to the artists themselves can still be lacking.

Of course, the reverse of the Quantus Gallery and the Seattle Museum — people making physical art into NFTs — happens frequently.

Just two weeks ago, the Uffizi Galleries in Florence signed an agreement to “eternalize” the works of six legendary artists, including Rafael and da Vinci. The NFTs were minted onto the Ethereum blockchain, and the proceeds will go to museums affected by lower attendance during the pandemic.