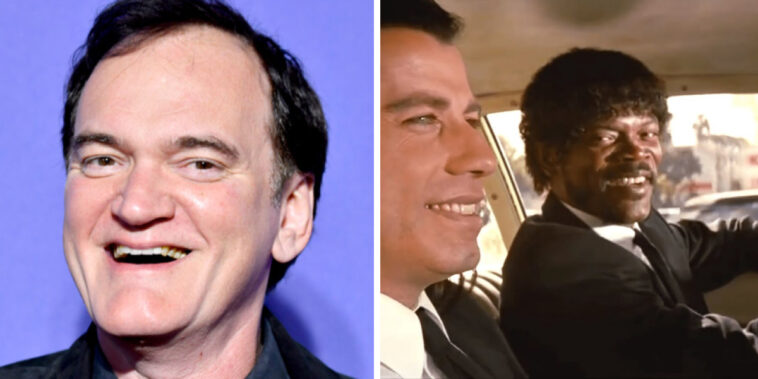 The first of the seven-piece collection titled “Royale with Cheese,” in reference to a well-known scene in Pulp Fiction, was purchased by the Secret Network’s first NFT collective AnonDao after a fierce auction for a price of $1.1 million dollars.

The rare NFTs in the Tarantino NFT collection contain selections of the original hand-written script for Pulp Fiction, which has been kept privately by Tarantino for decades. Each selection correlates to an iconic scene in the movie and includes audio commentary from Tarantino that is said to contain “secrets” about the scenes and insight into his creative process.

Tarantino is excited about how NFT technology allows him to share “never-seen-before materials.” He has wanted to give fans a “new glimpse into the iconic scenes from the screenplay of the film” Pulp Fiction, the 1995 groundbreaking film he wrote and directed, for many years.

Tarantino claims that when he was first introduced to NFTs by Eli Roth, he was baffled by the new technology. But “The more I started to think,” he said. “This is a neat idea. This is really kind of cool.’”

Tarantino’s plans were not without controversy. Miramex, the studio that produced Pulp Fiction, filed a lawsuit against Tarantino in November 2021, claiming that his project could jeopardize their own efforts to pursue NFT ventures and that they owned “nearly all” the rights to the hit movie.

Nevertheless, Tarantino persisted and the first of this rare, creative NFT collection has sold for a whopping price. The six remaining NFTs will be minted on the Secret Network’s blockchain and auctioned on OpenSea marketplace from Jan 24 to Jan 31st

More information about the project is available at TarantinoNFTs.com.