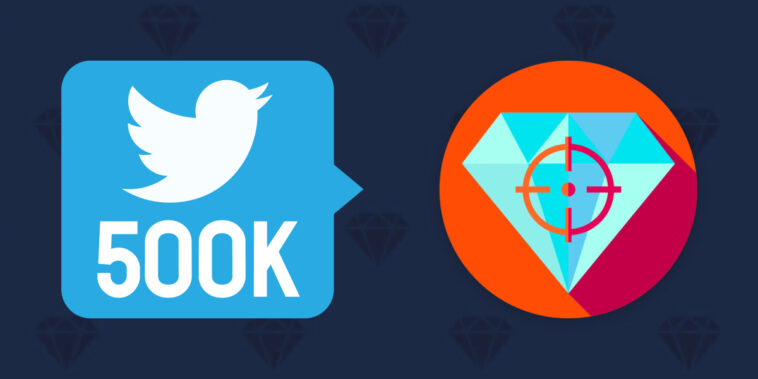 Rarity Sniper recently hit a milestone worth celebrating: 500,000 followers on its official Twitter account. The event occurred on the week of April 25th, which coincided with a bull run in the NFT space. Data shows that the account has gained more than half its followers in the past six months — as the NFT space has grown, so has the Twitter account.

The Rarity Sniper team employs various Tweet types to engage the NFT community. Part of the focus is on prizes for NFT collectors — giveaways with trusted Rarity Sniper partners and raid contests. A second part is informing: publicizing the latest NFT and Web3 news from Rarity Sniper writers. And then there are Tweets designed to prompt discussion.

The 500,000 followers — now over 510,000 — is a far cry from the account’s beginnings in June 2021, when the company was starting. The number of followers represents a growth in the Rarity Sniper community, a group of people who love NFTs and see the importance of rarity in collecting and trading them.

Rarity Sniper’s Twitter account followers can expect to see the same value-driven content moving forward. There may be a couple of surprises, but any additions will always be consistent with the Rarity Sniper brand and mission: to provide the most engaging content for Rarity Snipers, no matter where they are in the world.

The Rarity Sniper team is grateful to all Twitter followers and the larger Rarity Sniper community. We’re 500,000 strong in less than a year. Now, let’s make it 1 million.

Rarity Sniper is a company focused on delivering accurate rarity rankings and top-notch news from all corners of Web3. Started in the summer of 2021 on a Discord server, Rarity Sniper has since grown to make up a strong core team, with 300,000 members in its Discord and over 500,000 followers on Twitter.

The company has created and maintains rarity rankings for over 1,350 non-fungible token collections. On a company-to-company level, Rarity Sniper has partnered with CoinMarketCap, the LooksRare marketplace, and Genie, which allows for bulk buying of NFTs.

Although the rarity rankings make up the core of Rarity Sniper’s business, the founder created a content team in December of 2021 to deliver high-quality news and analysis to NFT enthusiasts. The content team has authored guides on investing in NFTs, collections like the Bored Ape Yacht Club, and Web3 topics like fungibility. It also publishes three news articles per day, drawing from sources across the Web3 landscape.

To check out the different sections of the Rarity Sniper website, visit: