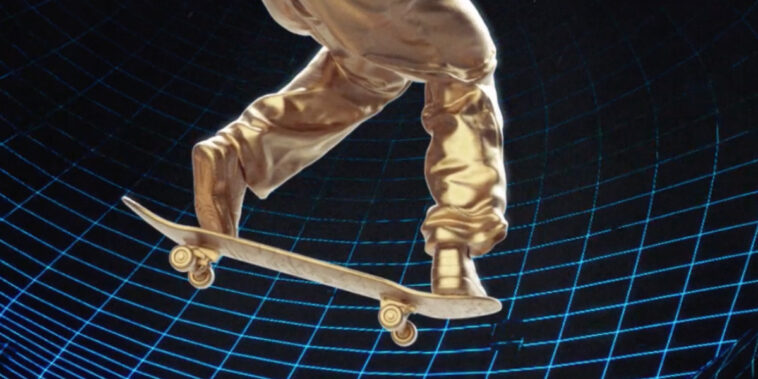 At the young age of 22, Japanese skateboarder Yuto Horigome won a gold medal at the Tokyo Olympics, earning a place in Olympic history forever as the first skateboarder to take gold.

To commemorate the win, Horigome has decided to release a one-of-a-kind non-fungible token (NFT) that will be auctioned off to the highest bidder. The NFT is called “The Golden 22,” and it depicts a digital sculpture of his signature trick that helped him secure victory.

While many NFT collections contain thousands of NFTs, Horigome has decided to only sell one piece, which could make it more valuable given its rarity. The NFT is described as “metaverse-ready,” meaning it should be able to seamlessly interact in the digital world.

Buying the digital asset also grants the buyer exclusive rights to use it in any way they want, so the NFT could potentially create a revenue stream for a savvy investor with a plan in place.

Below is Horigome’s statement about his NFT:

“Age 22 was the best year of my life so far. To celebrate, I’m teaming up with FWENCLUB to release my first ever NFT. It is a digital sculpture that captures the trick which helped me win the Olympics and also all the special moments of this year. You can own “The Golden 22” version of me, and even take me to the metaverse. As I bid farewell to this incredible year, I am so excited to memorialize all my achievements and share it with the world.”

FWENCLUB will start the auction on January 11th, and it will last for 5 days. Horigome will receive a 10% royalty fee from all secondary sales of the NFT.

Although not all Americans know the young athlete who made skateboarding history a year ago, in Japan and for skateboarding fans worldwide, Horigome is a superstar. The fame of his name and the rare nature of the “The Golden 22” NFT will likely lead to a high purchasing price, though there is no way to know for sure.

We’ll be keeping our eyes on the auction to see how it plays out. But we do know that if 2022 carries the same momentum Horigome enjoyed in 2021, the NFT move is likely another win for his team.