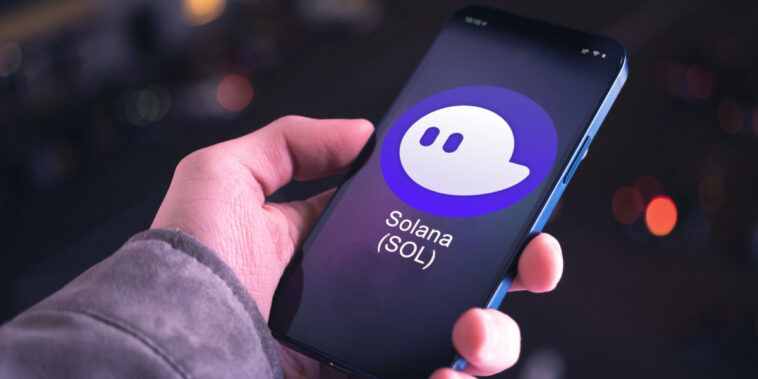 Phantom Wallet, one of the top cryptocurrency and NFT wallets on the Solana blockchain, unveiled its iOS version recently, allowing users to download the app straight from the Apple App Store. Phantom, the developer, tweeted out the news on its official account:

The iOS Phantom Wallet is the developer’s first true mobile wallet, capable of performing the various functions the desktop version of the Phantom wallet can perform, such as swapping and exchanging cryptocurrencies and allowing for the purchase of non-fungible tokens.

As of this writing, the app has a rating of 4.9 out of 5 stars and is trending at #198 in the Finance category.

The iOS Phantom Wallet app will be a long-anticipated change from Phantom’s other mobile “app,” which was simply a mechanism to use the desktop version of the app. Right now, there is no Android version of the app, with the developer warning that all these Phantom Android “fakes” could be scams that take control of a user’s real Phantom wallet.

There’s no timetable currently for the Android version of the app. However, some are hoping it comes out soon, as the increased functionality could lead to better and more convenient cryptocurrency and NFT trading, both popular on the Solana blockchain.

However, Phantom has come under fire in the non-fungible token (NFT) community for auctioning off beta testing slots for its iOS version. Even though those slots eventually come with a claimable NFT, some NFT Twitter users were upset that a company would try to monetize the beta testing process in that fashion.

The Phantom Wallet desktop browser extension has long been celebrated as a top-flight wallet on the Solana blockchain. It has an easy-to-read interface, a simple navigation method, and the functionality of top mobile wallets on the Ethereum blockchain.

In addition, it has more robust security than some other hot wallets, requiring a user to sign in using their password frequently rather than leaving the hot wallet “open” in idle mode for others to access it without the user’s password.