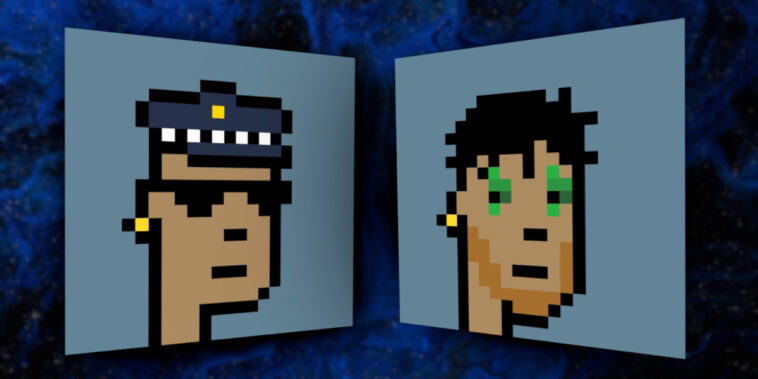 On February 23rd, legendary auction house Sotheby’s will auction off a rare find — 104 CryptoPunks, initially swept from the floor in one transaction during the summer of 2021. Titled “Punk It!”, the event is a celebration of digital art and will contain a panel of experts to talk about the rise of non-fungible tokens, which have exploded in the past year.

The collection belongs to an anonymous holder who goes by the Twitter handle “0x650d”. They tweeted a thread about their decision to sell the Punks on Tuesday:

Today, I’m excited to announce my partnership with @Sotheby’s to create the highest profile NFT sale of all time. https://t.co/woBaWIcrWZ

Michael Bouhanna, Sotheby’s co-head of digital art, said that this auction will be a “monumental occasion” as the CryptoPunks collection is the first PFP project, and its distinctive style has been at the forefront of the digital art movement during its frenzied and meteoric rise. According to Bouhanna, Sotheby’s hopes that the crypto and NFT communities will participate in this “special sale.”

CryptoPunks Collection One of the NFT Flag-Bearers

The Punks have a number of traits determined via computer rather than just by the artist. Some of those traits have been passed on to other, more modern collections, like party hats, cigarettes, and bandanas.

Sotheby’s is no stranger to the collection, having auctioned off CryptoPunks in the past. Their sales include a whopper: the “COVID” Alien Punk selling for $11.8 million during the summer of 2021. Other significant sales include the Ape Punk with a blue bandana that sold for around $7 million.

Potential Profit from Auction Could Be in the Millions

The original collector, 0x650d, said they are selling the 104 Punks to elevate Punks and NFTs further in the international art world.

There is no doubt the potential profit doesn’t hurt either. Because 0x650d initially purchased the Punks for around $6 million (when the floor was about $60,000), they will be looking at a $14 million profit at a minimum if a bid reaches Sotheby’s auction valuation of $20-30 million.

Whether the NFT community will participate in the “special sale” remains to be seen. Also unknown is how it will participate if it chooses to do so. In the past, NFT collectors have dressed their NFTs in suits to show support for the Bored Ape Yacht Club sales, and #suitupforSothebys trended on Twitter.

Since then, NFTs have gained more mainstream attention, and the community has broadened, possibly making a unified show of support more complex.