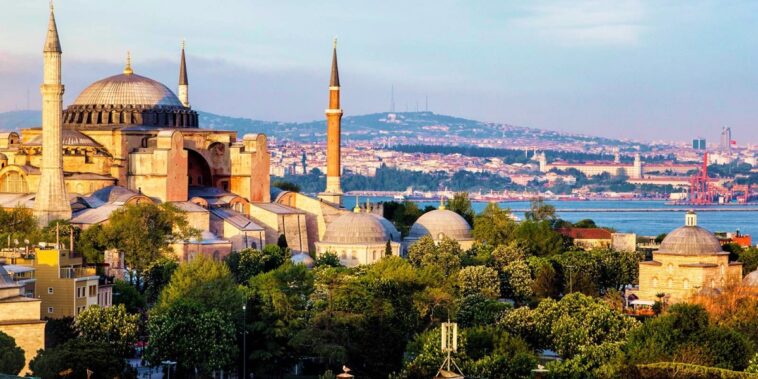 The NFT Biennial, a Web3 event that merges the digital and physical (“phygital”), will be taking places at the Zorlu PSM in Istanbul for the first time this year, as well as in nine other locations around the world.

The event takes place between January and February and seeks to bring the art world and digital world together while highlighting the potential of NFTs to become a fully-fledged art form through rhizomatic, decentralized, collective, and dynamic organization.

There will be more than 100 NFT works of art exhibited at the Zorlu PSM between January 6th and 15th, and people can visit free of charge. The project aims to construct interactive links between the conventional art world and the NFT ecosystem, as well as strengthen ties between the metaverse and physical world.

Artists were invited to submit their works to any of the following three categories.

Beyond Istanbul, the event will also bring together physical art galleries and the metaverse in nine separate pavilions around the world, including in the cities of Los Angeles, Bogota, London, Brussels, Amsterdam, Tokyo, and Berlin.

Some of the sponsors for this year’s NFT Biennial include Tezos, the open-source blockchain, and other Web3 companies such as The Sandbox, Lucify.io, fx(hash), Acura, Unicorn DAO, and more.

The NFT Biennial is big news for Web3 fans and digital artists in Istanbul and other cities around the world. But it’s certainly not the first in-real-life (IRL) Web3 event we’ve seen. At Rarity Sniper, we’ve written dozens of articles about conferences, IRL galleries, and Web3 events happening around the world. Here are the top three stories.

First, about three months ago, Oxford University hosted an event to discuss Web3 and NFTs called “Oxford Blockchain, Art & Technology.” The conference was touted as the first multi-disciplinary conference on aesthetic, social, and anthropological perspectives on blockchain art. Some of the themes were the cultural significance of NFTs and using the blockchain to create new forms of art.

Next, the Web Summit, a leading tech conference held in Lisbon, Portugal, brought together Web3 leaders from around the world to discuss NFTs and cryptocurrencies. Some of the speakers included Yuga Labs CEO Nicole Muniz and The Sandbox co-founder Sebastian Borget, among others.

Finally, the CES 2023, the most influential tech event in the world, is taking place from January 5th to 8th this year in Las Vegas — and the metaverse will be a central theme. One of the main exhibitions in the conference’s Central Hall will be hosted by Web3 publication CoinDesk. The publication will be interviewing influential Web3 personalities to discuss the latest trends in Web3.

The NFT Biennial is another event that aims to bring Web3 into the real-world. We’ll have to wait a few days to see if it’s successful, but considering the excitement surrounding Web3 and NFT art that we’ve seen this past year (despite the bear market), we think there’s a good chance it will be.