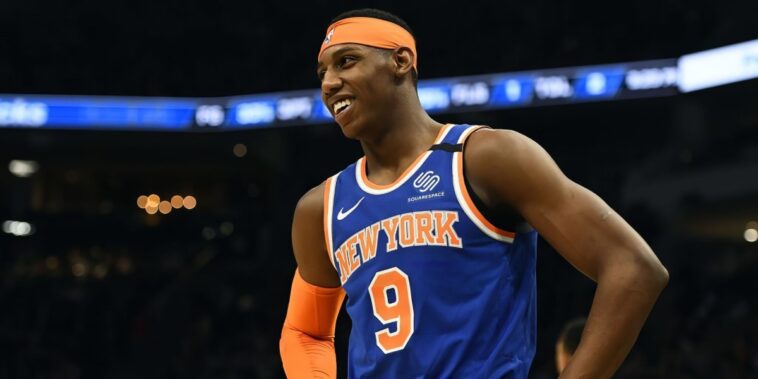 The New York Knicks of the National Basketball Association (NBA) is officially launching a non-fungible token (NFT) collection to pay tribute to New York City, also known as “the Mecca of basketball.” The collection consists of nine exclusive digital art NFTs created by local artists and linked to real-life perks.

Titled “New York Forever,” it is being launched tomorrow, October 25th. Winners will receive two lower-bowl tickets to a Knicks home game this season and two passes to the “Knicks Kicks & Cocktail Gala” in NYC in February, 2023.

Here is the auction schedule and the creators behind the 1 of 1 digital artworks:

The auction will only last 24 hours and bid increments increase at 0.1 ETH. The starting price is 0.2 ETH, and purchasers of the NFTs and guest to the Gala must be 21 or older.

This isn’t the Knicks first foray into the NFT space. Although the team hasn’t made the championship in 49 years, it made the playoffs last year and released its first NFT collection to commemorate the successful season.

Madison Square Garden has a long and rich basketball history, and the Knicks have millions of die-hard fans around the world. Now those fans can secure seats for the season through the purchase of NFT art.

The move by the Knicks to drop an exclusive NFT collection is big news for the franchise, but the Knickerbockers are far from the only professional sports team to experiment with NFTs. At Rarity Sniper, we’ve reported on several pro teams launching their own NFT collections. Here are some of the top stories.

In May, the NHL’s LA Kings gave away 6,000 NFTs. The NFT giveaway marked the first-time a pro hockey had minted non-fungible tokens on the blockchain. MIDAS, a Web3 company, helped the Kings design the “metaverse ticket” NFTs.

Next, the European soccer club Paris Saint-Germain (PSG) sold NFTs that doubled as tickets to a friendly match in Japan. The NFTs granted access to the VIP room and a VIP party with PSG players.

The versatility of NFTs to serve as tickets to real-life games and events as well as digital memorabilia is being recognized by professional sports teams around the world. It will be a few days before we see how much the “New York Forever” NFT collection sells for, but for the nine lucky fans who win the auction, it won’t be long before they’re sitting court-side (or close to it) at “The Garden.”