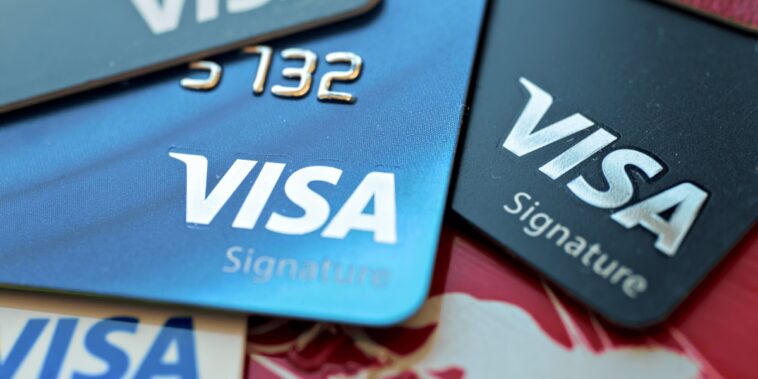 In a technical piece published on its website, Visa, a global payments processor, explored the possibility of leveraging the Ethereum blockchain to permit automatic payments in cryptocurrency. The proposal comes as a Visa representative said cryptocurrency needs to be as good, if not better, than current methods for payment processing.

The Visa solution uses a technique called “account abstraction,” which Ethereum co-founder Vitalik Buterin said was one of his priorities for 2023. Currently, there are only two types of accounts that exist on the Ethereum blockchain: user-controlled accounts (including custodial accounts) and smart-contract enabled accounts.

In the current system, the only way users can move tokens is through a “push transaction,” which a user account initiates. But, using Visa’s solution, users would be able to assign certain addresses to a “delegatable account,” which would then grant permissions for “pull transactions,” where an external account would use a smart contract to draw funds from a user’s wallet.

This, in theory, would allow users to make automatic payments, as they wouldn’t need to initiate the transactions themselves. In its technical piece, Visa speculates that users would feel confident allowing such transactions because they would be able to read the smart contract, determine how much money they’d send each time, and how often the external account would be able to draw the money.

Although many financial services companies have expressed interest in Web3, few have entered it with as much gusto as Visa. From creating programs for NFT creators to debuting Web3 loyalty platforms, the payments processing giant has remained bullish on Web3, even during the bear market. Here are three stories that show that.

First, three months ago, Visa partnered with ShopNEXT to launch a Web3 loyalty program. The program allows Visa card users to earn tokens with every purchase. It works through Visa’s Offers Platform, which links to ShopNEXT. With each successful purchase, users then receive a certain number of tokens on ShopNEXT.

Next, nine months ago, Visa onboarded a cohort of creators into an NFT development program. The program, which runs for one year, includes technical and product development, community building, and access to thought leaders. Micah Johnson, a former baseball player, is the face of the program.

Lastly, in August of 2021, Visa bought a CryptoPunk for nearly $150,000. At the time, it said it did so to explore the world of NFTs, which it believed would play a role in commerce in the future. Doing so, it dove in head-first to examine the infrastructure and storage options of the new medium.

Visa’s technical piece exploring the option of automatic payments on the Ethereum blockchain is interesting news and underscores the need for real-world use cases of cryptocurrency. Here at Rarity Sniper, we’ll be keeping our eyes open for further developments in the story.