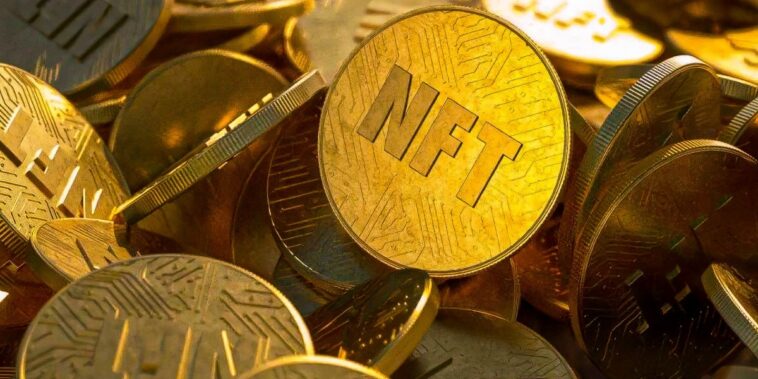 In 2021, non-fungible tokens (NFTs) took the world by storm when individual NFTs from collections like CryptoPunks and Bored Ape Yacht Club started selling for hundreds of thousands and even millions of dollars. The same year, digital artists like Beeple and Pak sold 1:1 digital artwork for tens of millions of dollars — and suddenly the world was paying attention.

Since then, the NFT market has cooled down considerably. But an important Web3 question had been asked — Can digital assets have value? — and people responded with a resounding yes.

Today, blockchain technology and NFTs have entered the mainstream consciousness and begun to influence a range of industries including art, gaming, fashion, food and beverage, sports, and much more. As a result, entire ecosystems have sprung up around NFT collections and NFT-based metaverses. To do business in these ecosystems, the NFT coin was created.

If you’ve ever wondered about NFT coins, then you’ve come to the right place. In this article we’ll review NFT coins, list some of the top coins, and explain how users can purchase them. Let’s get started.

What is a non-fungible token?

To better understand NFT coins, it helps to review the difference between non-fungible tokens (NFTs) and cryptocurrencies.

Non-fungible tokens are unique digital assets that provide proof-of-ownership and live on blockchains like Ethereum and Solana. Like a piece of art in a gallery, they cannot be exchanged 1:1.

Cryptocurrencies are fungible digital assets that also exist on blockchains. Like the U.S. dollar and world currencies, cryptocurrencies can be traded 1:1 and nothing is lost or gained. This makes them suited as a medium for commercial transactions.

Okay, so what the heck are NFT coins?

Despite the name, NFT coins are not non-fungible tokens at all. Instead, NFT coins is a term for cryptocurrencies that can be used within an NFT-based ecosystem. You can think of them as the preferred token or tender within a virtual world, game, metaverse, or Web3 community.

NFTs coins can be traded on cryptocurrency exchanges and in some cases earned or won in blockchain-based games or metaverses. They can be used in a myriad of ways within the vast Web3 ecosystems that are sprouting up around NFTs.

NFT coins can do a lot already, and given we are still in the early stages of Web3 development and metaverse expansion, much of what they can do is probably yet-to-be-seen. Some NFT coins grant holders governance rights, others can be used to purchase in-game items like a real estate plot in a metaverse, and many can be staked to reward the people who invest in the NFT ecosystem.

Perhaps because of their utility and the roles they play in many Web3 economies, NFT coins are becoming popular with NFT fans, collectors, and investors. Below are some reasons people hold NFT coins.

NFT coins are showing up in finance, art, sports, games, and are being used as payment for NFT transactions. These native tokens support the growth of their respective NFT collections and metaverse projects, and usually the more popular their projects become the more the NFT coins grow in value.

Let’s take a look at some of the best-known NFT coins.

These days, there are hundreds of NFT coins in existence powering a myriad of different Web3 platforms and metaverses. This can make it difficult to find the best coins. However, some coins support projects that have a proven track record of innovation and excellence.

Here are some of the top NFT coins:

The bear market has sent many of these NFT coins plummeting to new lows, and it’s impossible to tell where prices might be in the future. If you’re considering purchasing NFT coins you should always do your own research and never invest money you can’t afford to lose.

How to buy NFT coins

The easiest way to buy NFT coins is to use a cryptocurrency exchange. Some of the most popular exchanges include Kraken, Coinbase, Binance, and Crypto.com.

First, you will have to create a crypto wallet on your preferred exchange and connect a debit or credit card. Then you can purchase NFT coins using the card. Some NFT coins can also be won or earned within games or NFT ecosystems.

NFTs coins are still new phenomenon, so it’s difficult to predict how their prices might rise and fall in the future, or what coins will be around for the long run. Most coins depend on the success of the project that’s behind them, and if it is popular among users and fans. And even when projects are successful, the price of NFT coins can be volatile and unpredictable.

That said, for folks interested in NFTs, cryptocurrencies, and the metaverse, investing in NFT coins can be a good way to get involved in Web3 and to start to learn more about the space. Here are some more articles from Rarity Sniper related to NFTs and NFT coins.