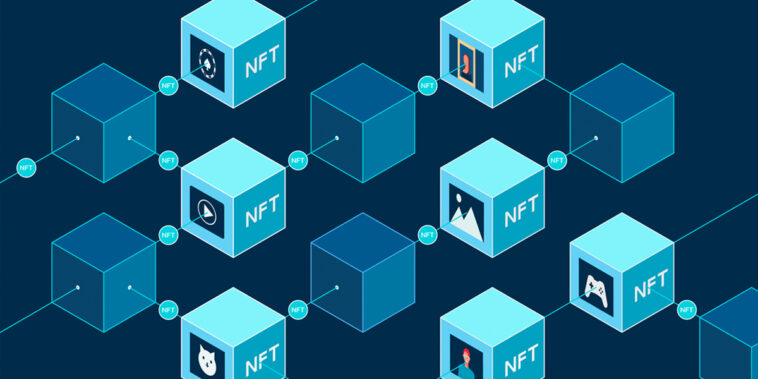 During your research into this up-and-coming digital industry, you might have gotten stuck on the very term itself. “Fungible,” after all, isn’t a common word.

Although the term “fungible” may conjure up images of green things growing in Petri dishes, it is actually a widely accepted term in finance and commerce. It holds an important function as well: Without fungibility, trade would be rendered difficult, if not impossible.

In this guide, we take you through fungible meaning with examples, the application of fungibility in a few fields, and, of course, fungible meaning in crypto. At the end, we’ll show why non-fungible tokens lack fungibility and why that might be one of their greatest assets.

A Definition of the Word “Fungible”

Merriam Webster defines “fungible” as “being something (such as money or a commodity) of such a nature that one part or quantity may be replaced by another equal part or quantity in paying a debt or settling an account.”

When something is fungible, you can completely replace it with something else for the original value. This interchangeability is an essential part of the definition of fungibility. It is also part of how current commerce can function.

Because all of these particular Magic Mixies Cauldrons are all the same model and set, it doesn’t matter which you choose. They are all the same. Therefore, they meet the condition of fungibility. If you went back to the house and found a broken part, you could take the broken model back and have it replaced with the same model.

Interchangeability, it turns out, is crucial for the functioning of trade and the economy.

Commerce would grind to a halt.

The concept of fungibility is so important that the fungible origin dates back two millennia. To one ancient civilization, fungibility was so critical that its citizens wrote the term into law.

This Roman legal term meaning “replaceable things” marks the first known entry of “fungible” into language. One academic paper cites an expanded definition, stating that “res fungibilis” meant “goods that are replaceable and interchangeable in contrast to particular objects with a distinct value of their own.”

In other words, our very definition of “fungible” today.

In Roman society, this was the answer to the question, “Can a person be fungible?”

The etymology of the word “fungible” moves from Roman to Medieval Latin and the term “fungibilis,” which derives from the Latin verb “fungi,” meaning “to perform.” In Latin, speakers and writers used the term “fungi” with other words to create the meaning we associate with “fungible” today: “fungi vice,” for instance, which means “to serve in place of.”

From there, “fungible” moved to a host of Latin-based languages, including English and Spanish. In English, we have the terms “fungible” and “fungibility.” In Spanish, there is the cognate “fungible” and the verb “fingir,” which means “to pretend or imitate.”

In most cases, the original meaning of “res fungibilis” has not changed a great deal throughout the centuries.

Fungibility can be an abstract concept, a difficult one to understand. Fortunately, there are ways to ground it in concrete examples that make it easier to comprehend.

We’ve already seen how a box of Magic Mixies Cauldron is fungible. Now, we have four more examples coming from the fields of finance and commerce: fiat currency, stocks, crude materials, and cryptocurrency. In these four areas, the theory of fungibility is essential.

Here is a common example. You have a $10 bill. Now, you decide to exchange that bill for smaller bills. You receive one $5, two $1s, eight quarters, and 10 dimes. You still have $10, but they are of different components.

Some are paper, some are metal, but all add up to the original amount of $10.

You can do that with most of the conceivable combinations of currency in a country. If you want $50 all in quarters, it’s yours. Same for $100 in pennies. Or $50,000 in a combination of paper bills and metal coins.

In all cases, you can take a component and substitute it for other parts to equal that value. This interchangeability makes fiat currency fungible.

Common stock shares, it turns out, are fungible like money.

The same holds for stock that trades globally. Buying one share of Toyota stock at the NYSE has the same effect as buying a Toyota share in Tokyo. You get the same result.

Because common shares and cross-traded shares of stock are considered replaceable and interchangeable, they are also fungible.

Crude materials fall under the same umbrella of fungibility as currency and stocks.

This fungibility of crude materials lies in three facts: Crude materials are uniform, generally have the same chemical make-up, and have roughly the same uses.

One ounce of gold = one ounce of gold. You could take two separate ounces of gold, melt them down, and have the same amount of gold liquid. Or fashion the same number of gold earrings out of them. Because, ultimately, gold is gold.

These commodities don’t change by the physical substance. Oil is oil, and hay is hay. And the same ways you can use the first barrel of oil, you can do with the second barrel of oil.

This ability to substitute an amount for another amount and receive the same value gives crude materials interchangeability. Therefore, they also have fungibility.

Cryptocurrency also falls under the category of “fungible.” Take the classic case of “1 Bitcoin = 1 Bitcoin.”

Bitcoin has many coins in circulation. Each Bitcoin is equal to another Bitcoin, no matter what the general price of BTC is at that moment. You can swap 1 BTC for another BTC and have the same value.

That holds with other types of cryptocurrency as well.

Swapping one Ether for one Ether will net you the same quantity (one Ether) and the same value (whatever the price of Ether at that time). Same for SOL, ADA, AVAX, XTZ, and more.

Because individual cryptocurrencies are replaceable and interchangeable within their ecosystems, they are considered fungible.

Essentially, something in finance and commerce is non-fungible when it cannot be replaced or substituted for something else without something behind gained or lost. The list of non-fungible items is quite long. Here, we will cover three: art, trading cards, and real estate.

Art is widely considered a non-fungible good. No two original artworks are considered identical. There are different methods of creating the art, the material of the art, and the appearance of the art itself. Even artwork from the same artist is not considered fungible.

Trading cards are another set of items that are not considered fungible. You might have two separate Mickey Mantle rookie cards, but they are likely not in the same condition. One might have a smudge mark, the other some misplaced type, the first having lost its luster, be different serial #’s, and so forth.

And the different conditions of the cards dictate their values. Therefore, one card does not equal one card. If you were to create a trade, swapping one for another, you would get something different — rather than something identical — in return. This lack of interchangeability makes trading cards non-fungible.

And finally, there is real estate. Even as many housing manufacturers are building rows of cookie-cutter houses, real estate remains in the non-fungible item class. The answer as to why is simple: There are too many variables impacting each house for them to be the same.

If you were to tour two identically laid-out houses in a neighborhood, you might find the condition of their interiors to be different. Or, if you inspected their foundations, one foundation might be stronger. One also might receive more sunlight or be more prone to flooding.

Because you can never swap one house for another and receive the same value, society has deemed them non-fungible.

Why NFTs Are Not Fungible

NFTs are part of the blockchain ecosystem that doesn’t fall under the “fungible” category. And the reason these tokens are “non-fungible” doesn’t have to do with the use cases but with the technology itself.

When a creator forms NFTs, they use specific tokens on the blockchain. Then, when deploying that contract to the blockchain, they assign unique identifiers to those coins to ensure the tokens are not replaceable.

NFTs have a sort of “digital passport” that makes them identifiable on the blockchain. This digital identity is non-transferable, meaning you cannot exchange the identity of your token for the identity of another token. Rather than the non-fungibility being what the token represents, it lies with the token itself.

This is very different from the 1 Ether = 1 Ether philosophy that cryptocurrency has. NFT tokens can’t be swapped for an identical coin because no two are alike. There is no saying like ERC-721 = one ERC-721 because the unique identifiers of these coins make matching them impossible.

With this technology, you can assign 1/1 rights to just about anything on the blockchain.

People have tokenized real-life property on the blockchain as NFTs and sold it. Artists have minted collections and made millions overnight. Musicians have recorded their songs into the blockchain, with customers able to purchase them as NFTs and listen to them in their wallets.

NFTs, due to their non-fungibility, have added an “asset” layer to the digital economy.

Fungibility, while a strange concept, is crucial to the functioning of our economies. It is present in stocks, crude materials, and many other industries. Because of fungibility, we can use currency, which eases the difficulty of buying and selling. We can also trade easily, which is crucial for commerce.

The opposite of that concept — non-fungibility — creates a new asset class in the real world and digitally. Through NFTs, people have the power to sell many types of unique goods on the blockchain, including art, houses, medical information, and collectibles.

The possibilities for non-fungibility in the crypto ecosystem are endless.