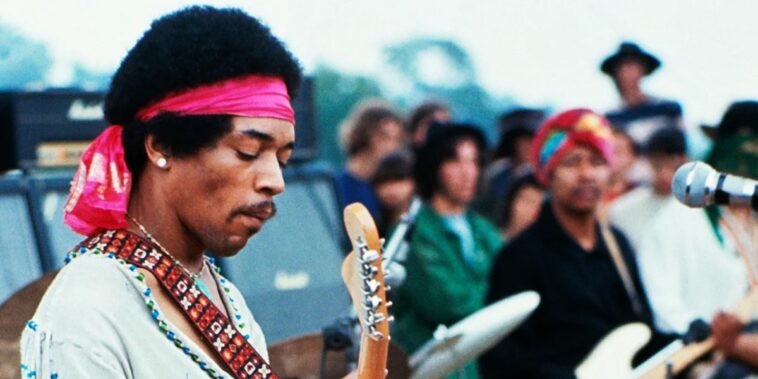 The latest metaverse experience from blockchain production company Sequin AR is ready to rock ‘n’ roll. The Web3 company has partnered with Woodstock Ventures to bring the historic 1969 Woodstock festival to the metaverse.

Woodstock World will have music, art, and community — and is being billed as the “ultimate metaverse music festival.” It includes a myriad of experiences for artists and fans, such as the chance to relive moments from iconic performances from 1969 in immersive virtual reality and augmented reality settings.

There will also be behind-the-scenes content, interactive archives, and the platform will be used to support new budding artists. The metaverse was built on Unreal Engine 5 — a top 3D modeling tool.

The first Woodstock Music & Art Fair took place in 1969 on a farm in Bethel, New York. It drew over half a million people to see 32 acts: Jimi Hendrix, Janis Joplin, and the Grateful Dead among them. Today, it’s regarded as one of the most pivotal moments in music history.

Woodstock Ventures was formed to produce the original Woodstock festival and is the owner of copyrights, trademarks, and IP rights derived from the festival. Sequin AR is a metaverse and virtual productions services company that lets content creators, brands, and retailers increase engagement and revenue in Web3.

According to CEO of Sequin AR, Robert DeFranco, Woodstock was all about people coming together for a unifying experience. Now the metaverse enables people from “all over the world, of all ages, to meet other people” who love what they love. And who doesn’t love Jimi Hendrix?

The metaverse enables musicians to connect with fans from around the world in novel ways, and as time goes on, it’s being embraced by the music community. At Rarity Sniper, we’ve written about several metaverse concerts and festivals in recent months. Here are some of our top stories:

First, in 2022, Slipknot closed a deal with The Sandbox metaverse to develop interactive musical experiences on virtual LAND parcels. The project is called “Knotverse,” and is intended to be a space where heavy metal fans across the world can interact. It will also tie into the famous “Knotfest.”

Next, in July 2022, the largest mobile service provider in South Korea, SK Telecom, staged a series of free virtual concerts in its ifland metaverse. The concerts used volumetric image capture technology to present eight singers and an avatar group via a next-level AR and VR experience.

Finally, in November 2022, Decentraland hosted its Metaverse Music Festival. There were over 100 artists, including Soulja Boy, Ozzy Osbourne, and DJ Dillon Francis. The setting for the concert was in an abandoned cyberpunk city.

More and more we’re seeing music in the metaverse, and we doubt it’s going to slow down. Time will tell if Woodstock World will be popular with fans. But considering Woodstock is one of the most famous concerts of all time, we think it has a good chance.