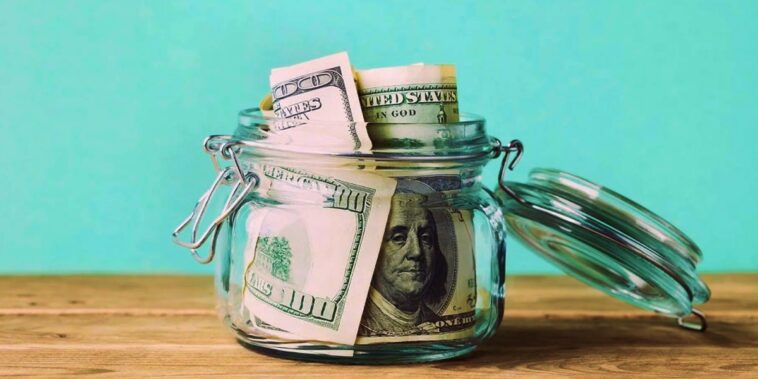 Despite the bear market in crypto and non-fungible tokens, a recent report from DappRadar shows that NFT sales volume for 2022 nearly matched their 2021 peak.

DappRadar, a trusted data acquisition and analysis company, found that in 2022, the NFT market generated around $24.7 billion in organic trading volume — only a slight decline from 2021’s record breaking $25.1 billion.

Staying on par with the 2021 boom in the NFT market was achieved through a big start to the year in January, when the leading NFT marketplace OpenSea recorded a record-breaking $5 billion in trading volume for the month. It was also boosted in April when NFT land plots for the Yuga Labs’ Otherside metaverse were released, which gave OpenSea a single day record for trading volume. These moments compensated for weaker months throughout the year.

Perhaps most notable from the report is that even though trading volume in 2022 nearly matched 2021, the number of NFTs traded last year surged. There were 101 million NFTs traded in 2022, compared to around 58 million in 2021. That means almost double the amount of NFTs were traded, but at lower USD values — which is not surprising given the state of the crypto in 2022.

The “organic” data that was collected by DappRadar excluded trades that were manipulated or suspected to be “wash trades.” Wash trading refers to when traders sell their own NFTs back and forth at inflated prices to try to game a token rewards system — a common occurrence on marketplaces that offer incentives for trading like X2Y2 and LooksRare.

The top selling NFT project from 2022 was Ethereum’s Bored Ape Yacht Club, with nearly $1.6 billion in trading volume. The report also showed that with crypto’s collapse in May, NFT trading volume fell from $3.3 billion in May to just over $1 billion in June — and it hasn’t topped $1 billion since.

The fact that NFT trading in 2022 was almost equal in total trading volume to 2021 and the number of NFTs traded was nearly double should be reassuring to NFT enthusiasts. It shows that even in a dismal year for crypto, NFTs are still growing in popularity. At Rarity Sniper, we wrote about several NFT projects to close out 2022. Here are the top three stories.

First, the British luxury sports company Aston Martin entered Web3 on December 18th with its first NFT collection, a set of 3,000 NFTs based on three iconic cars. The three cars featured were the Vantage GT3 Racing Model, the Vantage V8 Coupe, and the 1980 Vantage 8 — which appeared in the James Bond film The Living Daylights.

Also on December 18th, the ex-president of the United States, Donald Trump made news when he released a set of over 45,000 NFTs on Polygon. The collection quickly sold out and led to a huge surge in users on the Polygon network. One NFT from the collection sold for over $22,000.

The new report from DappRadar confirms what many of us suspected: That even though 2022 was a tough year for NFTs and crypto, interest in the NFT market has never been stronger. No one can say what 2023 will bring, but here at Rarity Sniper, we’ll keep bringing you the latest NFT news as it happens.