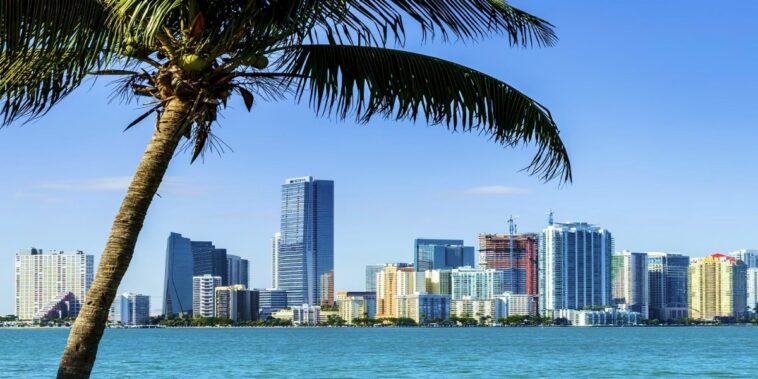 Miami is hosting the first-ever annual American Metaverse Summit & Awards event on March 30th, 2023. The award ceremony will bring together new Web3 companies, brands, and corporations that have embraced Web3 and the metaverse.

The event is a sister-event of the European Metaverse Awards, which is set for October 27th in Berlin. The keynote speaker at the European event will be the founder of The Sandbox, Sebastien Borget.

For the Miami award ceremony, there will be 21 award categories and over 100 companies could be nominated as finalists. The nominations opened October 1st and will close on November 15th. Here are a few of the categories:

Besides the award ceremony, the American Metaverse Summit will explore metaverse opportunities for new and established brands, revenue-growth strategy, and emerging business models in Web3. There will be a focus on actionable business, with an overall goal of connecting, educating, and building relationships between both large and small companies in Web3.

The event is being organized by CEE Business Media Europe, which has organized more than 35 awards events in Europe and around the world over the last 15 years. It will be the first award ceremony for Web3 businesses in the U.S., and there are expected to be over 250 companies in attendance at the Summit & Awards Gala on March 30th.

Miami Is All-in on Web3 and the Metaverse

Interestingly, one of the categories at the American Metaverse Summit is the “Top American city for Web3 and metaverse development.” And if you’ve been paying attention to Web3 news, you know the city of Miami will be in the running. At Rarity Sniper, we’ve reported several stories about Miami in Web3. Here are three of the top headlines.

Eight months ago, Miami gave birth to the first-ever “MetaReal” residence, a real-world home that comes with a virtual counterpart in The Sandbox. The home will be auctioned on ONESotheby’s in Q4 of 2022, and the winner will receive ownership rights to the physical mansion as well as the digital asset in the popular metaverse.

Next, Miami Swim Week opted to use Web3 tech at its festival in July. The event used NFTs as entry passes, showcased metaverse fashion projects from ZED, and held corresponding virtual events in the Decentraland metaverse.

Finally, a few months ago, the mayor of Miami Francis Saurez said the city would be releasing 5,000 Ethereum-based NFTs in partnership with TIME Magazine, Mastercard, and Salesforce. The NFTs will be created by 56 Miami artists representing the city’s 56-square mile area.

We’ll be following up in March to see which Web3 companies take home awards from the first American Metaverse Summit & Awards event. But one thing is certain: Hosting the event is another win for the city of Miami, which more and more is becoming known as America’s metaverse and Web3 capital.