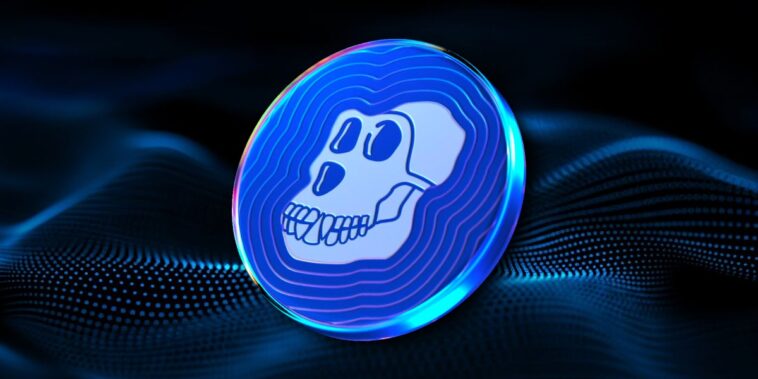 According to its CEO, Zach Heerwagen, Snag Solutions built the new marketplace for the ApeCoin community’s specific needs. It has unique features for ApeCoin staking, NFT metadata integrations, and more. Plus, there are plans to add filters and other user experience improvements in the future.

For now, both sides are satisfied with their custom solution. The platform “respects” NFT creator royalties with a 2.5% fee while offering reduced fees for sellers: 0.5% fees on $ETH sales and 0.25% fees on $APE. 0.25% of each sale will be held in a multi-signature wallet to fund future ApeCoin initiatives.

In true Web3 fashion, the ApeCoin DAO marketplace started as a community-driven initiative. Heerwagen, himself a token holder, submitted the proposal to the ApeCoin DAO, which went through multiple iterations before being accepted.

As for what happens next, it’ll be up to the community to decide….

ApeCoin Is Money for the Metaverse

ApeCoin is Yuga Labs’ virtual currency for the metaverse. And, like its parent company, it’s constantly making Web3 headlines. At Rarity Sniper, we’ve covered many stories related to the BAYC-related token.

It all started when Yuga Labs announced it was releasing a new ERC-20 token, ApeCoin, for its NFT ecosystem. With ApeCoin, holders would be able to vote on proposals through its decentralized autonomous organization (DAO) and, also, use it for transactions in the ApeCoin metaverse. The supply was limited to 1 billion tokens.

Before the ApeCoin DAO moved forward with its own community-driven marketplace, it entertained proposals from various NFT marketplaces. Rarible was one such marketplace. On August 17th, Rarible submitted a proposal with aggregated listings, fraud detection, and no fees. The proposed marketplace was expected to take four weeks to build and wouldn’t require any funding from the ApeCoin DAO. However, the proposal wasn’t accepted.

Back in June, after months of intense debate, the ApeCoin community decided to stay on the Ethereum blockchain. The decision won by a narrow margin, with 53.6% of ApeCoin holders voting to remain on Ethereum rather than move to another blockchain. It was made at the end of a six-day voting period.

If there’s one thing we’ve learned from the ApeCoin news stories, it’s that the token is as community-driven as any within Web3. Whether it’s choosing its blockchain, marketplace, or something else, the community decides together what to do next. And the ApeCoin DAO marketplace is a prime example of this.