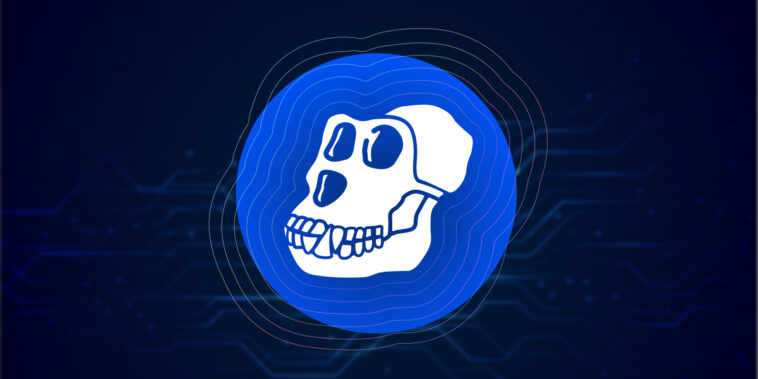 The Bored Ape Yacht Club is about to get even bigger.

The BAYC’s founder Yuga Labs announced it will release a new cryptocurrency called “ApeCoin” on March 17th. This ERC-20 token will be the central aspect of the new ApeCoin DAO — a decentralized community of token holders that will help shape Yuga Labs’ future endeavors.

Anyone who holds ApeCoins is eligible to join the ApeCoin DAO and vote on upcoming proposals. These could include official partnerships, new metaverse game titles, or merchandise designs.

All of the decisions the ApeCoin DAO makes will be handled by a separate organization called the APE Foundation. A few prominent members of the APE Foundation’s board include Reddit co-founder Alexis Ohanian and Animoca Brands’ ​​chairman Yat Siu.

But the ApeCoin isn’t just a governance token. In fact, Yuga Labs proposes its new cryptocurrency will have four use cases. After governance, Yuga Labs says ApeCoin will be used for purchases in the ApeCoin metaverse, access to VIP experiences and merchandise, and an incentive for new developers.

Yuga Labs also claims its new crypto will have utility outside of the ApeCoin ecosystem. In fact, gamers could soon use ApeCoins in Animoca Brands’ game “Benji Bananas.” Highlighting its broad ambitions, Yuga Labs says ApeCoin is a crypto “for the Web3 economy.”

Although the ApeCoin DAO will drive future developments in the BAYC ecosystem, that doesn’t mean Yuga Labs will be sitting on the sidelines. Yuga Labs is expected to hold about 16 percent of the total ApeCoin supply. Plus, 8 percent of ApeCoins will go into the wallets of the BAYC’s creators.

According to ApeCoin’s official vesting schedule, only about 50 percent of total ApeCoins will be available to the general public. 14 percent of ApeCoins are going to launch contributors, and BAYC or MAYC NFT holders will enjoy first access to 15 percent of the total supply.

Speaking of total supply, ApeCoins will have a capped supply of 1 billion tokens. Yuga Labs claims there will be no token burns or additions as these tokens get released over the next 48 months.

In its official ApeCoin announcement, Yuga Labs mentioned it gave a new one-of-one NFT with a spinning 3D ApeCoin to the APE Foundation. In upcoming meetings, the ApeCoin DAO could decide what to do with this valuable NFT. Anyone could view the “ApeCoin NFT” on OpenSea at the apecoin.eth address.

About ten days before Yuga Labs released ApeCoin, the company shook the NFT industry when it bought the IP rights to CryptoPunks and Meebits. Now that Yuga Labs holds the rights to all these collections, it has an estimated value of $5 billion.

There seems to be no end to the “BAYC bull market.” Floor prices for BAYC, MAYC, and CryptoPunks continue to dominate OpenSea’s rankings, and the prices have only gone up since Yuga Labs’ announcements. Even projects like the Bored Ape Kennel Club and Meebits have seen massive gains in the past few weeks.