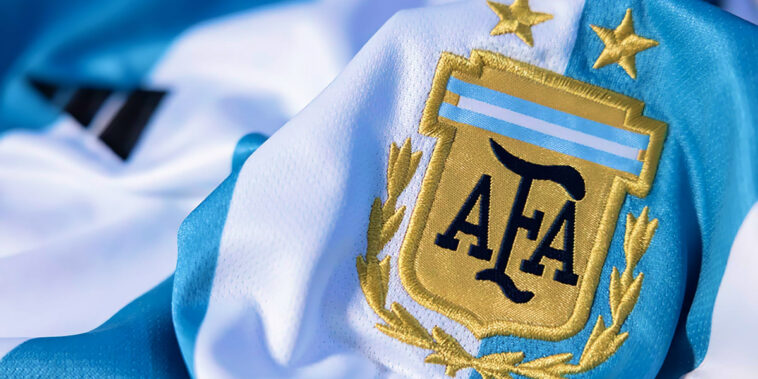 The main governing body of soccer (football) in Argentina, the Argentine Football Association (AFA), just announced it is partnering with the Upland metaverse to bring digital collectibles and virtual experiences to fans.

Upland is a popular metaverse linked to real-world geography where users can trade NFT-based virtual real estate tied to real-world cities and addresses. Like the game Monopoly, players earn a passive income through property ownership and the completion of predetermined groups of properties. Founded in 2018, the metaverse also has virtual stadiums for sporting events.

By partnering with Upland, the AFA hopes to foster a closer connection between fans, teams, and players. The collaboration will also help teams bring in additional revenue through multiple licensed digital assets. And it’s not a one-way street, since fans can collect NFTs and digital collectibles and resell them on the secondary market.

In the press release, the AFA said the project will include digital representations of the teams in the league, including tickets, players, games, and historical moments. The partnership is a four-year deal.

The news comes shortly after Argentina’s national team won the FIFA World Cup in Qatar against France in a game that many are describing as one of the best World Cup finals of all time. Another goal of the partnership is to build on the national’s team World Cup victory to try to internationalize the country’s soccer league.

Soccer Embraces Web3 and the Metaverse

We’ve seen several sports leagues, teams, and athletes enter Web3 this year. But perhaps no sport is as bullish on Web3 as soccer. At Rarity Sniper, we’ve covered dozens of stories about soccer in Web3 in 2022. Here are some of the most recent headlines.

First, at the start of 2022, AC Milan and Fiorentina of Europe’s Serie A league broadcasted the first soccer match in the Nemesis metaverse. The broadcast allowed the league to target Gen Z and other demographics that were able to tune into the game from all around the world.

Next, Major League Soccer (MLS), took a bold step six months ago when it announced it had signed a new player: an NFT from the Bored Ape Yacht Club (BAYC). The NFT, appropriately named Striker, was the first digital athlete to receive a professional sports contract.

Web3 and the metaverse are moving into sports by providing leagues, teams, and players with new ways to connect with fans and monetize digital assets. We’ll have to be patient to see if the AFA’s new experiences in Upland will be a hit with fans. But considering the popularity of Argentine soccer around the world and the growing influence of the metaverse, we think there’s a good chance it will be.