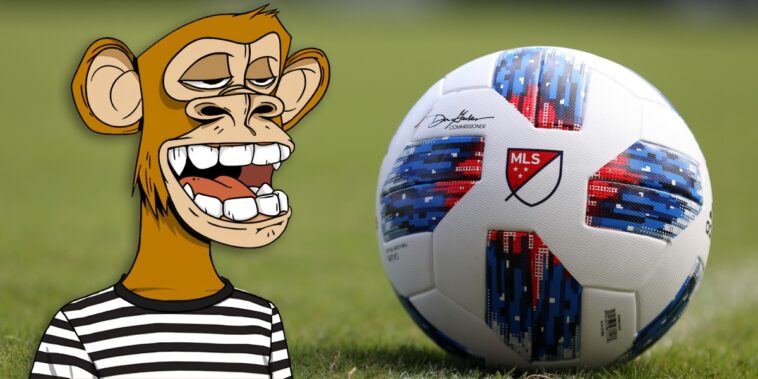 Major League Soccer just announced it has signed a new player: a non-fungible token (NFT) from the Bored Ape Yacht Club (BAYC). The deal makes the Bored Ape that goes by the name Striker the first digital athlete to receive a professional contract with a major sports league.

The deal was made in collaboration with ge3, a division of Get Engaged, and saw MLS sign Bored Ape #6045 to a pro contract, a move that could make some less fortunate IRL players jealous. Although details about the contract are unclear, it will likely give MLS the Intellectual Property (IP) rights to the digital asset to use as it sees fit.

The signing comes before the much-anticipated MLS All-Star Game, which takes place on August 10th.

Here are some stats about the NFT soccer player Striker:

Striker, who can be followed on Twitter at @Striker6045, said he was excited to join the MLS and become the first “digital athlete.” He added, “I can’t wait to get on the virtual pitch.”

Major League Soccer currently has clubs in 29 cities throughout the US and Canada. It is headquartered in New York City and is celebrating its 27th season this year. While no specific details about how the MLS plans to use Striker on the field, his role will be relegated to digital spaces like the metaverse and other Web3 uses.

BAYC NFTs Are Being Used in a Myriad of Ways

About four months ago, the Mexican tequila company Siempre Tequila acquired the right to use Bored Ape #5132 as its global brand ambassador. The Ape, which is nicknamed “Chido,” is being called the “unofficial mixologist” of the company and has its own Twitter account that it uses to promote the brand.

Next, Universal Music Group purchased Bored Ape #5537 to add to its virtual music group KINGSHIP. The record label paid a whopping $360,8176 for the Ape. The group is comprised of all NFTs from Yuga Labs and is dedicated to Web3 music, NFTs, and the metaverse.

In Long Beach, California, we even saw one entrepreneur utilize the IP rights of his Bored Ape to open a Bored Ape-themed hamburger restaurant called “Bored & Hungry.” The packaging and uniforms at the restaurant will display Bored Ape #6184 and two Mutant Apes.

So while the move by Major League Soccer to give a Bored Ape a professional sports contract is a first, it also fits nicely into the trend of companies using blue-chip NFTs like Bored Apes to market their brand in digital spaces.

We will be keeping our eye out for any new developments in the story. Meanwhile, fans of MLS and the BAYC can tune in to the All-Star game this week to see if Striker will net his first goal in the metaverse.