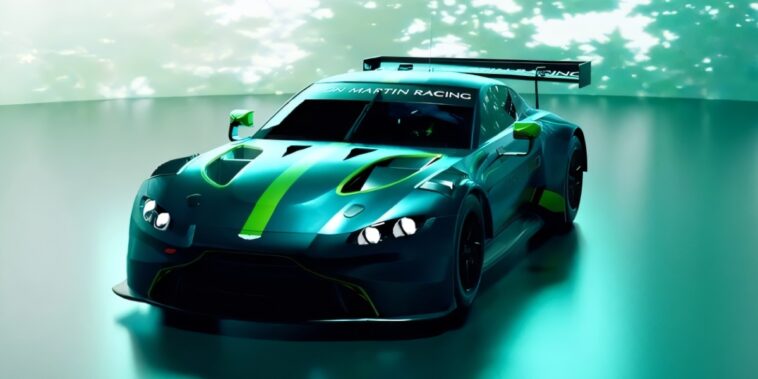 Aston Martin, a British luxury sports company, will officially enter Web3 on December 18th with its first independent NFT collection: a set of 3,000 non-fungible tokens based on three of its iconic cars. The company is doing so in partnership with motorsports game developer “The Tiny Digital Factory” and its metaverse game “Infinite Drive,” where users can collect and race their favorite digital cars.

The three iconic cars Aston Martin will feature in its NFT collection are the Vantage V8 Coupe, Vantage GT3 Racing Model, and 1980 Vantage V8, which appeared in the 15th James Bond film The Living Daylights. The mint will take place on multichain NFT platform Magic Eden on December 18th (allowlist) and December 19th (public mint). Each NFT will cost 66 $MATIC.

Holders who collect the “diecast” Aston Martin NFTs will have the possibility of racing them in Infinite Drive. The car models will perfectly reflect their real-life counterparts, down to how they feel when racing them and the sounds they make during the race. Currently, Infinite Drive is in its Alpha Stage, with two racetracks and daily rewards available.

Stéphane Baudet, CEO of The Tiny Digital Factory, said Aston Martin chose to launch its NFT collection with The Tiny Digital Factory because it believed in the metaverse company’s vision. That vision centers around giving users the ability to collect and race their favorite collectible cars, like many did as kids with diecast cars.

Although this is Aston Martin’s first independent NFT collection, it has dipped its toes in NFT waters before. In February of 2022, it partnered with Crypto.com to launch the “AMR22” collection based off the Aston Martin’s Formula 1 car.

Car Companies Get Involved with Web3

While many industries have entered Web3 this year, few have done so with as much enthusiasm as the car industry. In 2022, we have written countless stories about car companies launching NFT collections, filing Web3 trademark applications, and more. Here are three.

First, on December 1st, Porsche announced it was launching an NFT collection based around its 911 car. The 7,500-NFT set will include an interactive component as well, with users able to choose one of three tracks to influence the design of their car.

Next, on November 30th, news broke that BMW had filed a Web3 trademark application with the United States Patent and Trademark Office. The application covered NFT-backed media, downloadable multimedia files, and computer games.

Lastly, four months ago, luxury car maker W Motors partnered with Tokengate to launch an NFT collection and create a metaverse experience around its HyperCars. Holders of W Motors NFTs will receive various rewards, including the possibility of visiting the W Motors factory.

Aston Martin’s NFT collection shows that more car companies are entering the Web3 space. If the drop is successful, even more companies could follow, despite the NFT and cryptocurrency bear markets.