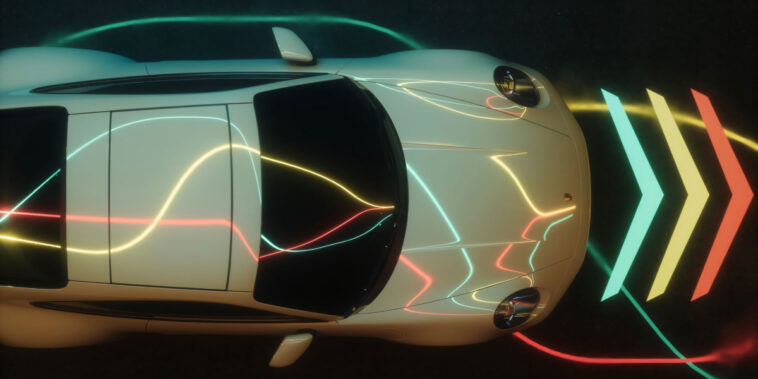 Porsche, a manufacturer of luxury performance cars, is entering Web3 with an NFT collection. The collection will drop in January and center around the Porsche 911 car. There will be 7,500 total NFTs, and users will be able to influence the design of their non-fungible token by choosing one of three tracks: Performance, Heritage, or Lifestyle.

According to the Porsche NFT website, the NFT drop will occur with four “mint waves.” There will be a private or allowlist mint, after which a public “first come, first serve” sale will follow. Users can gain access to the allowlist by attending Porsche’s event at Art Basel in Miami and receiving a proof-of-attendance protocol token.

At that event, which is part of a larger five-day event called “The Gateway: A Web3 Metropolis,” Porsche will reveal further details about its Web3 campaign. In addition, it will unveil an art installation titled “Dream Big,” which shows a large human sculpture “playing with” a Porsche 911. The installation intends to invoke the feeling of children playing with toy cars.

Porsche will share further details about the drops in the coming weeks. These details include mint price and the specific dates of the mint. As of now, would-be buyers can use one of three wallets: MetaMask, Coinbase Wallet, and Wallet Connect, which allows for the connection of many different wallets. Based on the approved wallet list, it appears like the drop will occur on the Ethereum blockchain.

Holding a Porsche 911 NFT will have additional benefits for holders as well. Holders will have access to a range of “digital experiences” and the ability to connect with like-minded individuals in a Discord. Porsche’s Web3 campaign plans to extend beyond the NFT collection in the coming months, with engaging with the Web3 community a priority.

Car Companies Get Involved in Web3

Porsche isn’t the first car company to enter Web3 and it undoubtedly won’t be the last. Here at Rarity Sniper, we’ve covered countless stories of car brands launching NFT projects, entering the metaverse, or following through on Web3 initiatives. Here are three.

First, in late October 2022, Nissan filed five Web3 trademarks for its iconic cars. Among the cars included in the trademarks were the GTR, SKYLINE, and Z. According to the filings, Nissan plans to release NFTs and NFT-backed media.

Next, three months ago, luxury car manufacturer W Motors announced it was launching an NFT collection. To do so, it partnered with Tokengate, a Web3 company. In addition to the NFT collection, W Motors intends to create a metaverse experience.

Lastly, five months ago, British automotive company Lotus revealed its plans to launch an NFT set. To create the NFT collection, Lotus partnered with NFT PRO and Ripple. At the time, Lotus said the design of the NFTs would “pay tribute to the pioneering spirit” of the brand.

Porsche’s entrance into Web3 is a positive for the space and shows that big brands are still interested in the next iteration of the internet. Here at Rarity Sniper, we’ll keep our ears to the ground for further developments in the story.