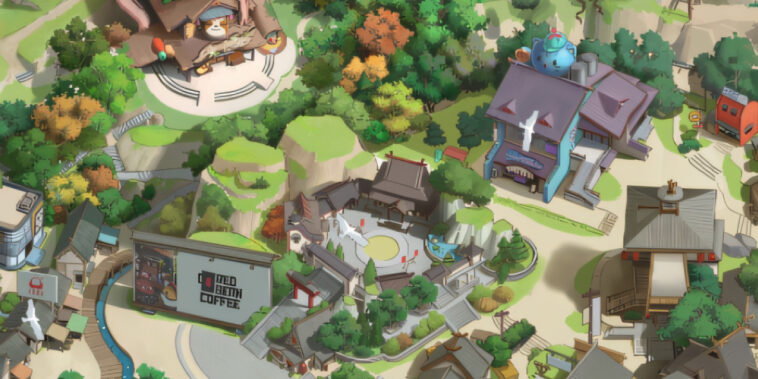 Azuki Hilumia is a metaverse city built by the community to represent the company’s past, present, and future. Azuki holders can now explore Hilumia and visit some of the following virtual spaces:

Some other sections in the metaverse include the Golden Skate Park, Love Island, and Garden Express — where users can contribute ideas for the metaverse. The Azuki community was thrilled by the announcement and has been lighting up NFT Twitter today. Azuki has also seen a strong rebound in its floor price in recent days.

Azuki Continues to Build its Brand

Azuki is one of the most popular NFT collections in the world, and despite the crypto and NFT winter of 2022, the project continues to build and bring value to members. At Rarity Sniper, we’ve reported on several projects from the L.A.-based NFT studio Chiro Labs. Here are the top three.

First, on April 23, an Azuki NFT named “Bobu” hitched a ride with the SpaceX Crew-4 astronaut team to the International Space Station. The NFT was used to explore humanitarian research such as the energy outputs in a microgravity environment. Bobu was brought on board strapped to a Ledger hardware wallet.

Next, Azuki partnered with Red Bull Racing to put Azuki NFT #8494 on the side of two cars to be driven for the ultimate Formula 1 race of the season in Abu Dhabi. The NFT has taken the name “Lei the Lightning Azuki,” and according to the report, he’s a “tenacious racer.”

Lastly, just before the holiday’s this year, Azuki released a collection of metaverse wearables for its holders. The options consisted of Santa hats, holiday sweaters, and other holiday-themed wearables. There were also accessories like a gift, snow, snowman, and a candy cane that could be added to Azuki holders’ NFTs.

2022 was a tough year for a lot of NFT collections, even blue-chip collections like Azuki. But now it looks like the big players are coming back, and Azuki looks poised to be a major player in the space. We’ll keep our ears to the ground to see how fans react to the Hilumia metaverse.