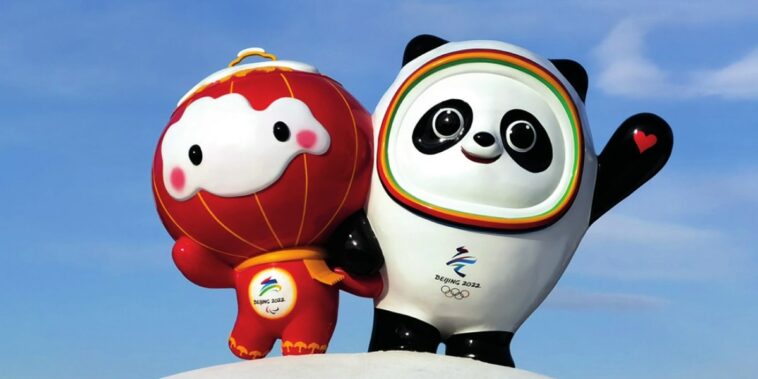 Despite China’s ban on cryptocurrencies, the country has decided to dive into the world of non-fungible tokens (NFTs), releasing five NFTs that celebrate China’s hosting of the 2008 and 2022 Olympics.

In a collection titled “Snowflakes Illuminate the Centenary Journey of Winter Games,” the five NFTs show Xiao Cang, the mascot of the Beijing Olympics, appearing in five separate Olympic events. The events include skating, snowboarding, and ice hockey.

The cartoonish NFTs have off-chain utility: When all five are collected, the user has an opportunity to redeem them for real-world Olympic souvenirs — and mint for a collector’s edition figure skating NFT.

The attachment of real-world value presents a different kind of use case than typically seen in the NFT landscape, and users who enjoyed the Olympics and want a piece of history might be enticed to collect the NFTs. As of now, there’s no word what the souvenirs are for collecting the five NFTs.

The five organizations involved in the NFTs’ creation are the Sports Culture Development Centre of the General Administration of Sport of China, the Shanghai Pudong Science Fiction Association, the Chinese Olympics Museum, and the China Sports Museum Cultural Investment Holdings.

China’s NFTs not the Only Collection at the Winter Games

The 2022 Olympic Games led to more than one non-fungible token collection launch as a sign of the times. The International Olympic Committee (IOC) released a full-fledged play-to-earn game involving badges that players could collect and later resell on the secondary market.

The game, which came under criticism from some circles for being “pay-to-win,” sought to capitalize on the growing trend in Web 3.0 of NFTs and play-to-earn gaming. It also aimed to create more interest in the Olympics and allow fans to engage with the Games in a new way.

Unsurprisingly, the game was available almost anywhere in the world — except for China. The country has strict policies on the type of games it allows its citizens to download and play, and the game, when released, had not bypassed all the bureaucratic red tape needed for China’s approval.

China has a strong position on cryptocurrency, banning it outright in 2021. But NFTs have remained mainly unscathed, with the country allowing the purchase and trading of them to be still legal. These positions make China’s release of its NFTs commemorating the Games slightly unusual as most NFTs are purchased with cryptocurrencies.