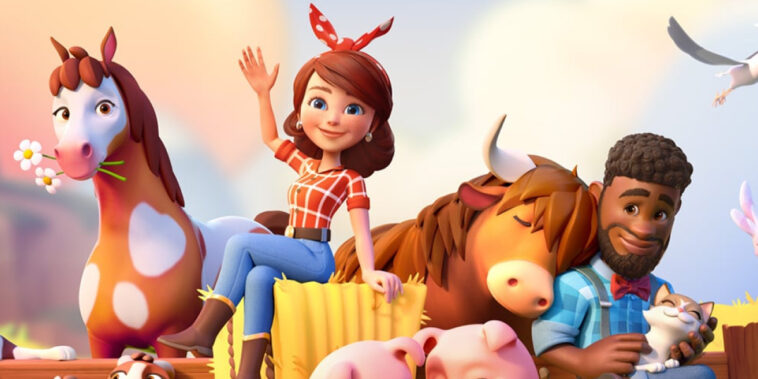 Zynga, the mobile gaming powerhouse most known for CSR Racing Series and Farmville, is releasing its first blockchain and NFT-based game sometime this year.

Non-fungible tokens (NFT) can tie in-game objects to unique IDS that can be traded, bought, or sold. Play-to-earn options add an element of real-world economics to the games, allowing players to earn real income in the form of cryptocurrencies.

Zynga’s VP of blockchain gaming Matt Wolf said: “We have to be really careful and actively listen and deeply understand who the cohort is that are consuming these blockchain games right now, who are collecting these NFTs.”

The new technology comes with proponents and detractors. Some gamers have been especially critical of what they see as an overreach by companies into the NFT space.

They claim that blockchain-based games drive speculation and don’t necessarily make the games better. Others believe that companies are just trying to extract more money out of loyal fan bases.

But despite the criticism, Zynga appears to be going hard in the NFT space. They currently have a team of 15 blockchain-gaming employees, and they plan on expanding to between 70-100 employees this year.

The moves come as several gaming companies are experimenting with NFTs and blockchain technology. Ubisoft launched an NFT-based game in December and though it drew some criticism, they’ve committed to creating more.

The Future of Blockchain and NFT Games

No date has been set for the release of the NFT-game by Zynga. However, rather than riff on existing games as other companies have done, they’ve made it clear that they plan to integrate NFTs and blockchain technology into brand new titles.

For fans, that means they shouldn’t expect Farmville NFTs anytime soon. But it also shows the company is dedicated to creating something new for the nascent technology, not just repurposing an old product.

Understanding the controversial nature of NFTs, Zynga also said that their employees will have the option to opt in or out of NFT games and plans. This could be in reaction to some of the internal problems gaming companies like Ubisoft and EA have been having recently.

Perhaps complicating matters, the Grand-Theft Auto creator Take-Two Interactive (TTWO) announced its plans to acquire Zynga for $12.7 billion, but the deal hasn’t been closed yet. If it does go through, Zynga could undergo significant changes.

Though Zynga appears to understand the importance of listening to players in the gaming community (ie. they’re dedicated to using blockchains with a low carbon footprint), it’s also clear the gaming giant views blockchain technology and NFTs as a logical step in their evolution.

The company is currently hiring for senior positions, including a “tokenomics” designer and creative director.