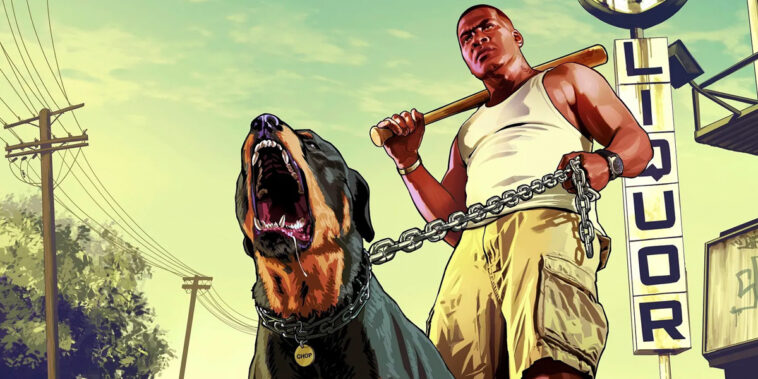 In recent weeks, the executives of Grand Theft Auto (GTA) and gaming studio Electronic Arts have said they are big believers in non-fungible tokens (NFTs). Although neither has speculated on the direction of the NFT market, both say they are in a good position as blockchain gaming moves forward.

“If you believe in collectible physical goods, I don’t know why you wouldn’t believe in collectible digital goods,” Zelnick, the head of GTA’s parent company Take-Two, said in an interview with GI.biz. “And blockchain authorization, which is what an NFT really is, is one way — not the only way — to authenticate the fact something is singular is rare.”

This use case — blockchain authorization — is something other celebrities are talking about, including Shark Tank’s Kevin O’Leary.

Zelnick believes the bad rap NFTs get is due to the high prices some sell at — when outsiders don’t see the value in them. But that’s not what NFTs stand for.

“NFTs, because they’re related to the blockchain as currently contemplated and because some have gone for a lot of money, are seen by some as just another opportunity to invest in a speculation that some think will only go up,” Zelnick said. “And speculations don’t just go up; they come down too.”

Meanwhile, Zelnick also touted Take-Two’s gaming metaverse options, including GTA Online. He doesn’t believe that the metaverse will be a completely immersive world we spend hours per day in (a la the book and film Ready Player One), but that a metaverse will be a place where we can take on an avatar, tell stories, and interact with others — and his company already has three.

Electronic Art’s CEO Andrew Wilson was equally bullish on NFT’s during an earnings call. But he made a point to say that while there is hype surrounding the play-to-earn technological advancements, it is still too early to tell what role it would play in video games.

“I think the play-to-earn or the NFT conversation is still really, really early, and there’s a lot of conversation. And there’s at some level, a lot of hype about it,” Wilson said. “I do think it will be an important part of our–of the future of our industry on a go-forward basis. But it’s still early to kind of figure out how that’s going to work.”

EA raised some eyebrows in the past week as a few jobs on its website contained Web 3.0 words like “NFT” and “blockchain.” While Wilson would not disclose how the NFTs would be used in EA’s games, he did say that there was a place for them:

“What we know about collection over time is the collectability is far more valuable to the collector where the collected item has utility. And I think that in the context of the games that we create and the live services that we offer, collectible digital content is going to play a meaningful part in our future.”