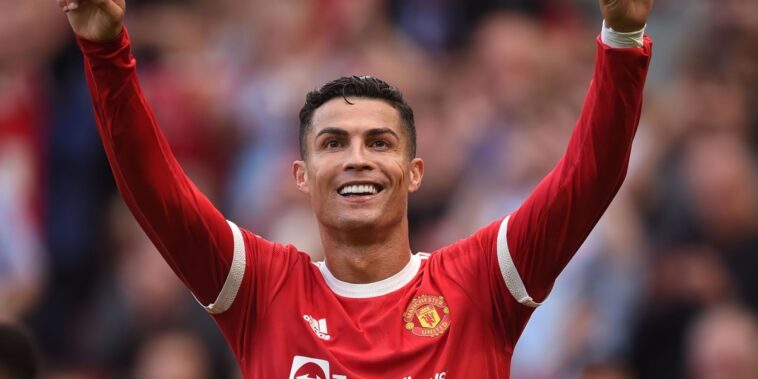 Soccer superstar Cristiano Ronaldo has entered into a multi-year joint marketing agreement with the crypto company Binance. As part of the deal, multiple Ronaldo non-fungible token (NFT) collections will be created and released exclusively on the Binance NFT marketplace each year the deal is in effect.

Ronaldo, who’s widely regarded as one of the best soccer players of all time, said that the NFTs will enable him to bring “unprecedented experiences” to his fans and connect with them in new ways. The announcement was made via Twitter and Instagram posts by the footballer on Thursday.

At 37 years old, Ronaldo is a billionaire who’s won the FIFA player of year winner five times and has scored over 770 goals in his career. He is also the most followed person on Instagram — with over 460 million followers.

Despite a few naysayers, most fans reacted to the partnership positively, and according to the analytics firm Zoomph, Ronaldo’s Twitter and Instagram posts announcing the news had over 48 million impressions in just one hour.

The first NFT collection from Ronaldo and Binance is expected to drop later this year, although no specific dates have been set.

Since the crypto bear market began, many NFT marketplaces and crypto exchanges have had to lay off employees to stay afloat.

The popular crypto marketplace Coinbase laid off 18 percent of its workplace to cut costs as we enter what CEO Brian Armstrong described as a possible recession. Crypto.com, also said it was cutting 5 percent of its staff (or around 260 workers), and Blockfi, a platform for trading and lending cryptocurrencies, announced it would be laying off 20 percent of its 850 employees.

However, despite the layoffs caused by a downturn in crypto prices, Binance has managed to stay in the game without laying off any workers. According to CEO Changpeng “CZ” Zhao, passing up expensive sponsorship opportunities like stadium naming rights and Super Bowl ads has allowed the company to keep hiring amid the bear market.

Besides the deal with one of soccer’s greats, Binance recently announced it was sponsoring musician The Weeknd’s upcoming world tour as well as an NFT collection and a $2 million donation to The Weeknd’s XO Humanitarian Fund under the UN World Food Program.

Time will tell if Binance can continue making strong moves in Web3 in a bear market, but there’s no doubt netting a superstar footballer like Cristiano Ronaldo is a win for the company. We’ll be keeping our eye out for any news about upcoming NFT drops from Ronaldo and Binance.