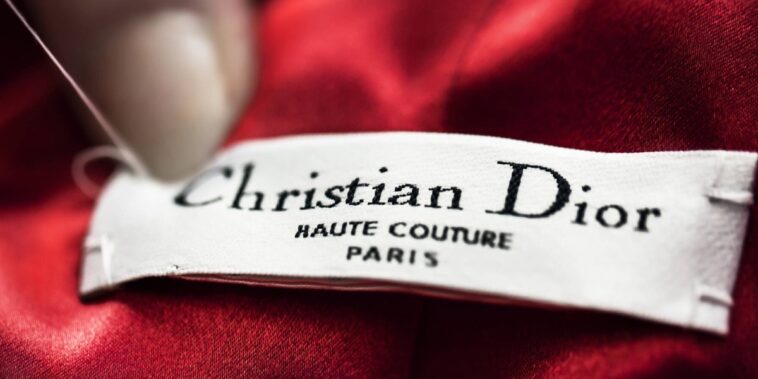 The metaverse has been a hot topic ever since Mark Zuckerberg changed Facebook’s name to Meta in late 2021. And while most companies have focused on more common metaverses like The Sandbox and Roblox for exposure to new audiences, French fashion house Dior has taken a different tact: the Chinese metaverse.

Over this past weekend, it extended its push into the Chinese metaverse with its Spring/Summer 2023 ready-to-wear fashion show. The event took place in Meta-Ziwu, a digital space in the virtual universe called XiRang, which Chinese search engine giant Baidu owns. According to Jing Daily, a luxury business publication, audience members were able to watch the live-streamed show featuring larger-than-life Dior logos and “other-worldly aesthetics.”

This is not Dior’s first push into the Chinese metaverse. On April 28th of this year, the fashion house held a runway show called “On the Road” in collaboration with Meta Media Holdings. Like the show that occurred this past weekend, “On the Road” took place in Meta-Ziwu, which a renowned Chinese architect designed.

Some people in China see the metaverse as the next stage for the selling of luxury goods. Alibaba, the Chinese e-commerce giant, recently held an augmented reality fashion show in the Chinese metaverse. Its metaverse mall is also popular, although most of the shoppers at this point are males.

Other Dior metaverse projects include its partnership with Ready Player Me, a company that creates life-like avatars for hundreds of applications. It also partnered with a make-up company to create digital products for consumers in a 2021 campaign.

While many industries have bet big on Web3, few have done so with as much gusto as luxury brands. One of the chief reasons companies cite for their push into the nascent technology space is that it allows them to connect with customers in a new way. Here are three stories at the intersection between luxury brands and the next iteration of the internet.

First, there is Hermès. The French luxury brand recently filed for trademarks to prevent its name from being used without permission in the Web3 space. The trademarks related to cryptocurrencies, digital collectibles, and retail services featuring virtual goods.

Second, there is Gucci. Two months ago, the company held an activation in Gucci Town, its home in the Roblox metaverse. It had Miley Cyrus as the first Gucci Town guest as well to promote its new fragrance Gucci Flora.

Third and finally, there is Dolce & Gabbana. Seven months ago, the company partnered with UNXD to launch NFTs on the Polygon blockchain. The NFTs corresponded to membership tiers and allowed holders to have a variety of rewards.

Dior’s venture into the Chinese metaverse shows that not everyone is taking the same tact into Web3. With all the hype surrounding this new luxury goods market in China, the move could pay off handsomely.