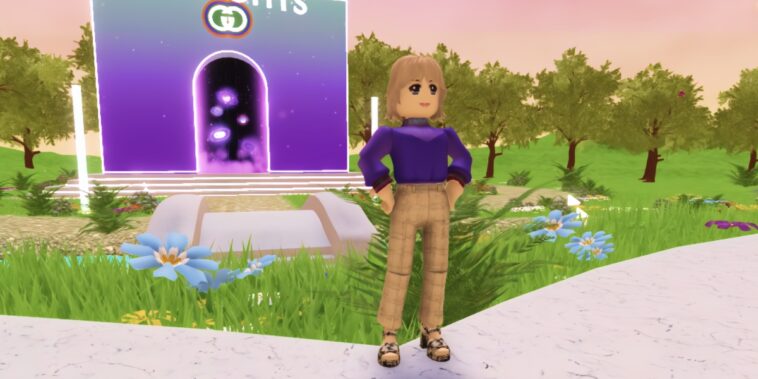 The “Party in the USA” singer has officially entered the metaverse. Miley Cyrus has signed on to be the first official guest in Gucci Town, a part of Roblox. Cyrus will promote the fragrance Gucci Flora, which, while based in real life, will inspire an immersive experience that includes scavenger hunts, quests, and more.

Gucci Flora is a digital wearable that customers will be able to purchase using “Robux,” the metaverse’s in-game currency. It will be available in the pop-up shop and virtual store in Gucci Town, and Roblox users will be able to carry the fragrance around with their avatars as they play the game.

Cyrus will lead the different scavenger hunts and quests in Gucci Town during the activation. Gucci will reward winners of the games, although the company has not disclosed what the prizes will be yet. In the past, Gucci has given digital products to players who complete a certain number of quests or hit specific milestones.

In keeping with the ultra-modern theme, users will be able to take selfies with Cyrus’s avatar if they so choose. They can also visit a center to learn more about the fragrance. It is uncertain what effect using it will have on an avatar. Estée Lauder created a similar “digital perfume” for Decentraland’s Fashion Week earlier this year, and when users applied the perfume, it gave their avatars a radiant, glowing look.

This is Cyrus’s first entrance into Web3. However, she is in good company. Over the past year, several celebrities and athletes have dived into the nascent space, including Jason Derulo, Charli XCX, and Ariana Grande, who have all given digital performances.

Gucci, the creator of the above-mentioned Gucci Town, has made big bets in its exploration of Web3. Here are three of the top stories Rarity Sniper has covered about the fashion house, cryptocurrency, NFTs, and the metaverse.

Most recently, Gucci caused a stir when it became the first major brand to accept ApeCoin at U.S. locations. The move came after the company announced it would be accepting 11 cryptocurrencies, including Bitcoin and Ethereum.

About a month ago, the fashion house launched a digital art collection called “The Next 100 Years of Gucci.” The NFT set celebrated Gucci’s past and looked to its future, featuring artists like Drew Young and Aliendope in the process.

Then there was the opening of Gucci Town in Roblox months ago. The team at the fashion house modeled the metaverse experience after a traditional Italian piazza and included many types of games, such as “Selfie Way.”

The news of Miley Cyrus becoming Gucci Town’s first official guest is certainly intriguing, and given the amount of noise Gucci has made in the Web3 space this year, it seems it won’t be stopping anytime soon.