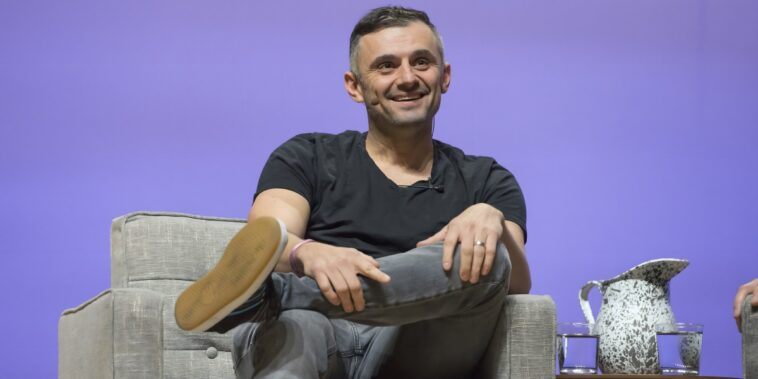 The NFT collection VeeFriends was launched in May 2021 by VaynerMedia company and its CEO — the popular entrepreneur and social media influencer Gary Vaynerchuk. VeeFriends intends to use the seed capital to expand its intellectual property (IP) of VeeFriends NFTs across physical and digital platforms, as well as hire new talent working in Web3.

A partner at a16z, Chris Lyons, praised Vaynerchuk’s commitment to his community and said VeeFriends “represents the ethos of entrepreneurship.” Gary Vee gave no comment about the funding round.

The VeeFriends NFT collection consists of 283 hand-drawn cartoon doodles by GaryVee himself. It comes with IRL utilities like access to the annual VeeCon conference, the first of which took place in Minneapolis this May. The NFTs are divided into three tiers, and rarity is broken down by background color, which generates different levels of access to VeeCon and GaryVee.

In its short existence, the collection has brought in over 200,000 ETH in primary and secondary sales and is one of the top 30 collections on OpenSea with the most trading volume. Earlier this year, a spinoff collection called VeeFriends Series 2 was released, which is part of a collectible trading card game.

Besides a16z, Vaynerchuk’s own investment fund, VaynerFund, was also an investor.

Few entrepreneurs have taken to Web3 and blockchain technology with as much energy and enthusiasm as Gary Vee. At Rarity Sniper, we’ve covered several of his Web3 projects this year. Here are some of the most interesting projects from Gary Vee.

About seven months ago, we reported that the hospitality company VCR Group dropped over 1,000 NFT tokens that serve as access cards to a members-only restaurant called The Flyfish Club. The dining club promises fresh seafood flown in from Japan, an upscale “omakase” lounge, and a master Japanese chef. The new concept was spearheaded by GaryVee, who promoted the NFT drop on his Twitter account.

Next, in May, GaryVee bought “Fire” NFTs at a price of $25,000 that represent ownership of a team in the Big3 League, a 3X3 basketball league founded by Ice Cube that has a decidedly Web3 flair. The purchase gives Gary Vee the highest possible ownership percentage of a team in the league that has several Web3 owners, including the Solana NFT collection DeGods.

Lastly, two months ago, Vaynerchuk sent patent requests for a Web3 consulting firm to the United States Patent and Trademark Office. The trademarks seek protection for the “VAYNER3” name and logo, an important detail for building out his Web3 company that will be used for Web3 “consulting services” and “strategic planning.”

As you can see, GaryVee is all-in on Web3, NFTs, and blockchain technology. $50 million in funding from the latest seed round should go a long way in helping him further expand his Web3 vision.